Sunday we were destined to explore Kilkenny, we awoke to rumblings and bleary drizzle. Determined to prove there is no such thing as bad weather, just wrong clothes, we rugged up, waterproofed and set off.

We started with a self-guided walk through Kilkenny Castle, a grand home that bears little resemblance to it’s original defensive past. Walking the grounds was difficult due to the mushy conditions but inside was cosy and dry.

You could see, on the ground floor, foundations of previous builds and fascinating trenches under the walls used to release troops outside the walls without having to open the gate, visions of original foundations and cellars. Higher up the rooms were lavish, lushly decorated with silk and handpainted wallpapers and a rich collection of period furniture recreated the past opulence. 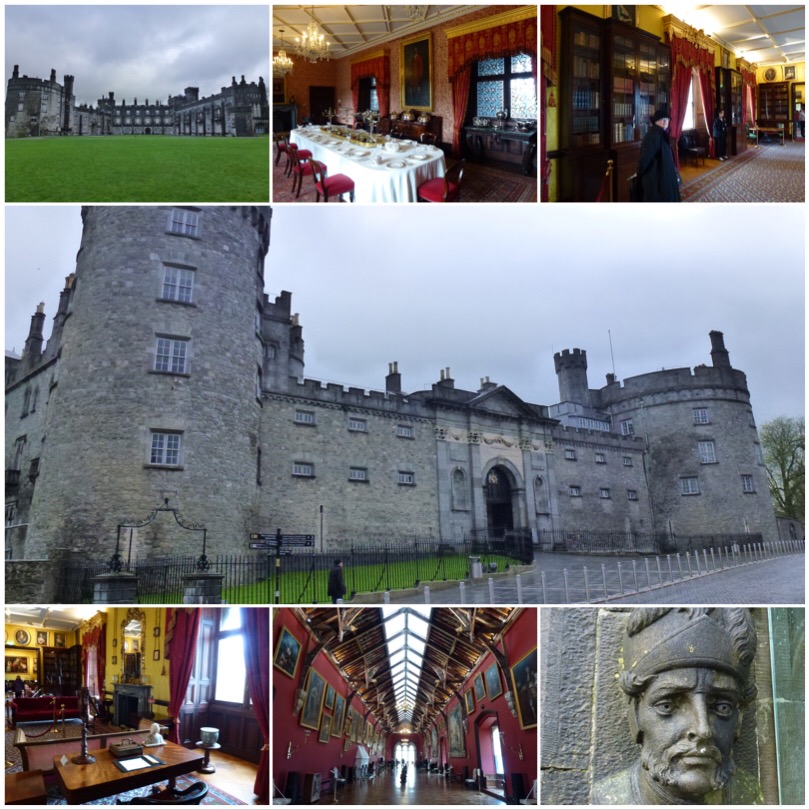 We then went into the long gallery, a more recent addition and boggled at the collection of portraits of serious miserable people.

After a good look around, we headed off to meet our guide for a walking tour we had booked on. Scattered drizzle continued to plague us but we were shown around some interesting back ways, historical landmarks, remnants of the city walls and a cathedral rebuilt since Cromwell’s time, and got a good orientation of the city. 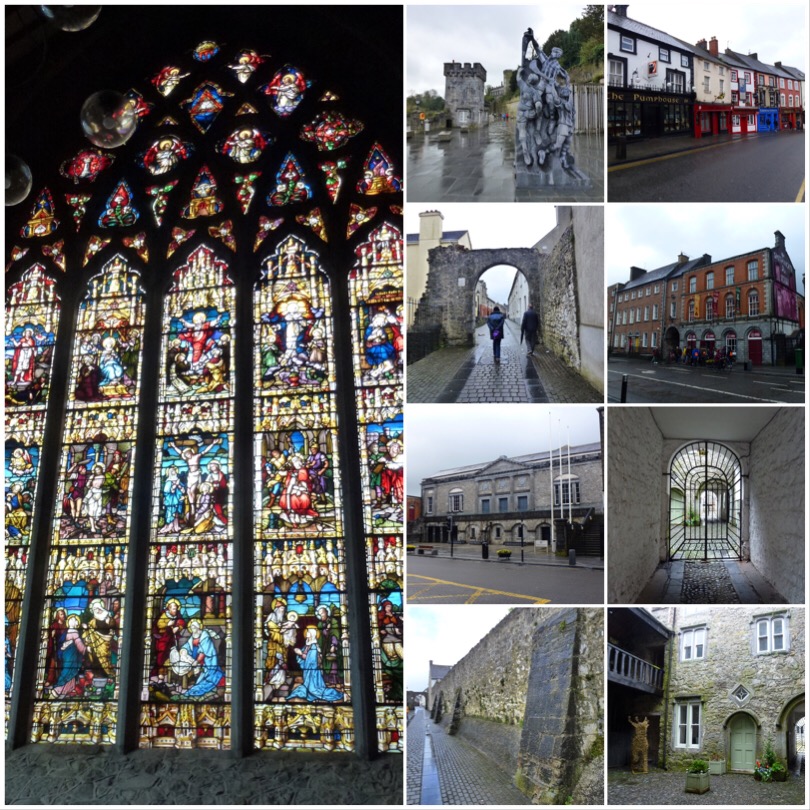 We returned to the flat for lunch and a rest before heading for our booked Smithwicks Brewery tour. Turns out it was an “experience”, that is a multimedia presentation of the process and the brewery is no longer operational- they moved production. It was interesting and allowed me to try Smithwicks for the first time. I had a sampler of 3 half pints. I quite liked the red, but got a headache after a later pint, so might stick to Guinness. 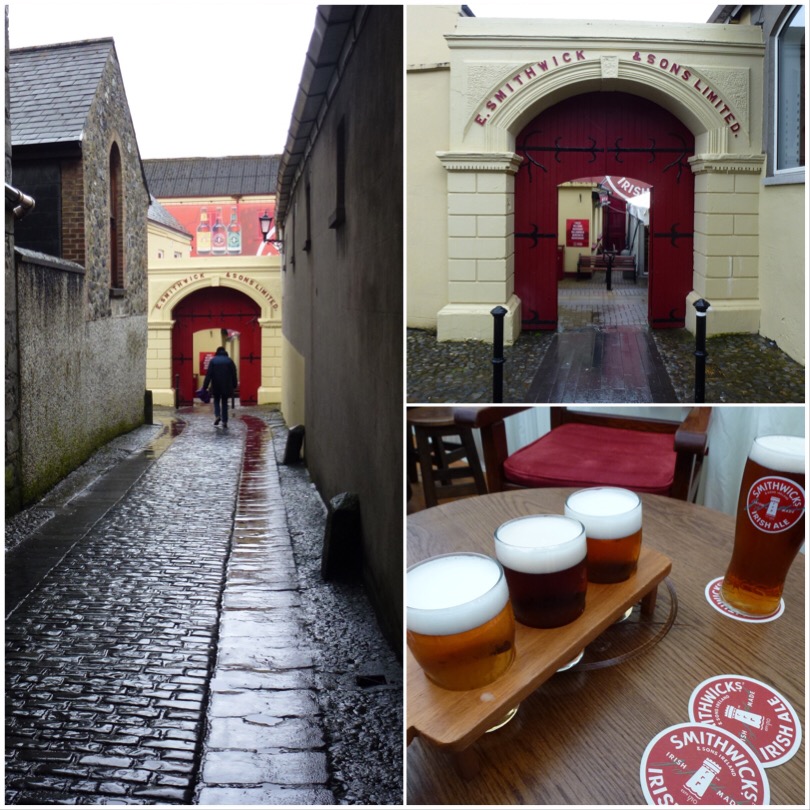 After our tasting, we headed off to explore St Canice’s Cathedral, an amazing old church filled with much refurbished (again Cromwell has much to answer for). 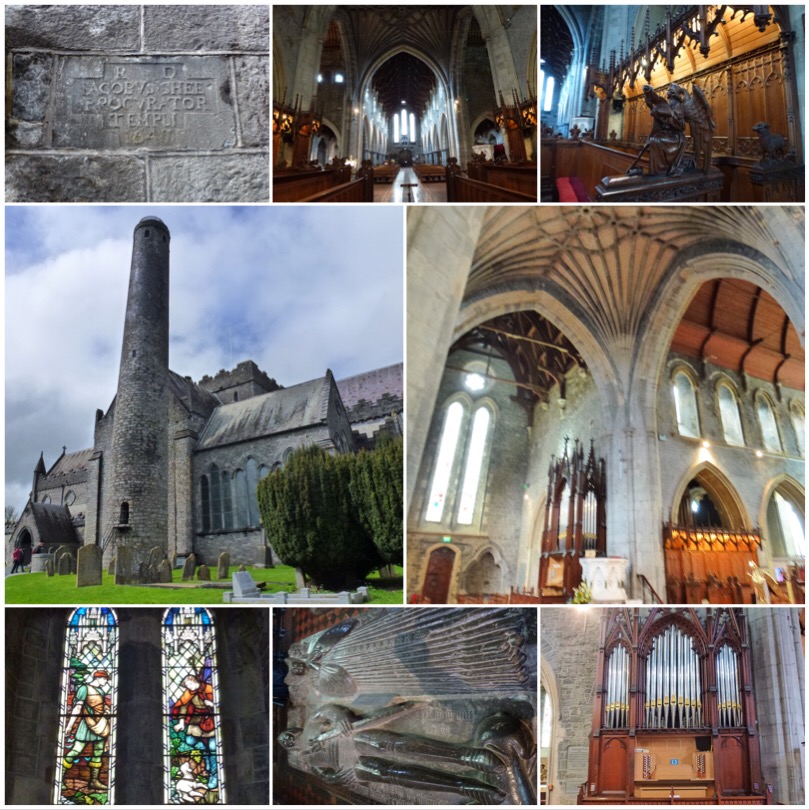 Our real reason for visiting St Canice’s was the round tower – one of only 2 that are complete enough to climb in Ireland. We were determined to get to the top, which we did. The view was amazing, but rain squalls rolling in marred our view a bit. The climb was via a series of ladders to holes in platforms, the final crawl through a hope in the top was scary. 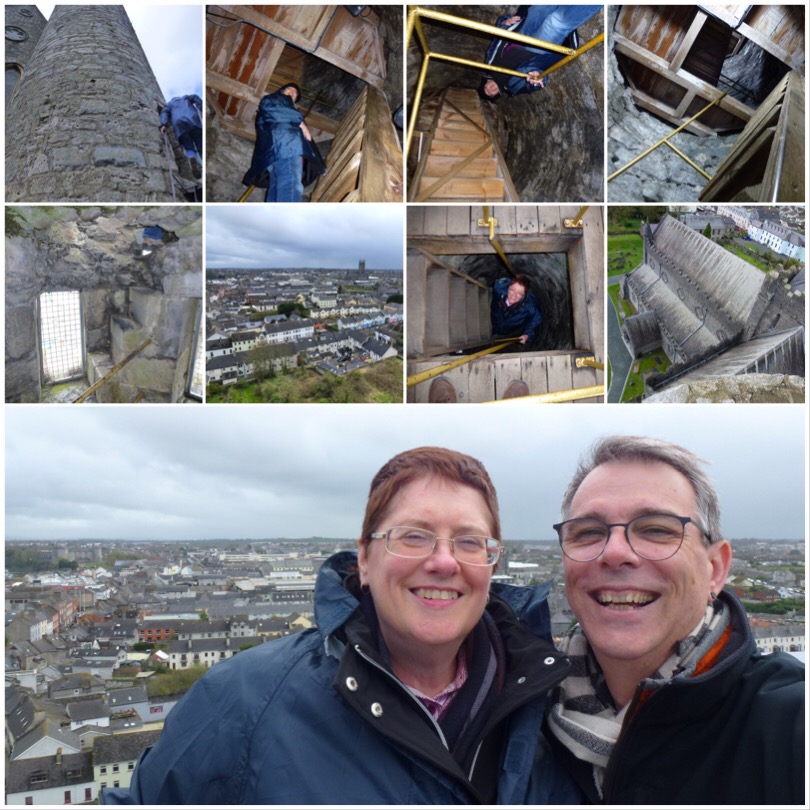 Elated that we made the climb, we wended our way homeward, but decided to seek out a little pub called “Hole in the Wall”. This would be one of the smallest pubs there is, a section of corridor with a bar, tucked in under a stair riser. It was full of people, all friendly, listening to the yarns from the owner. 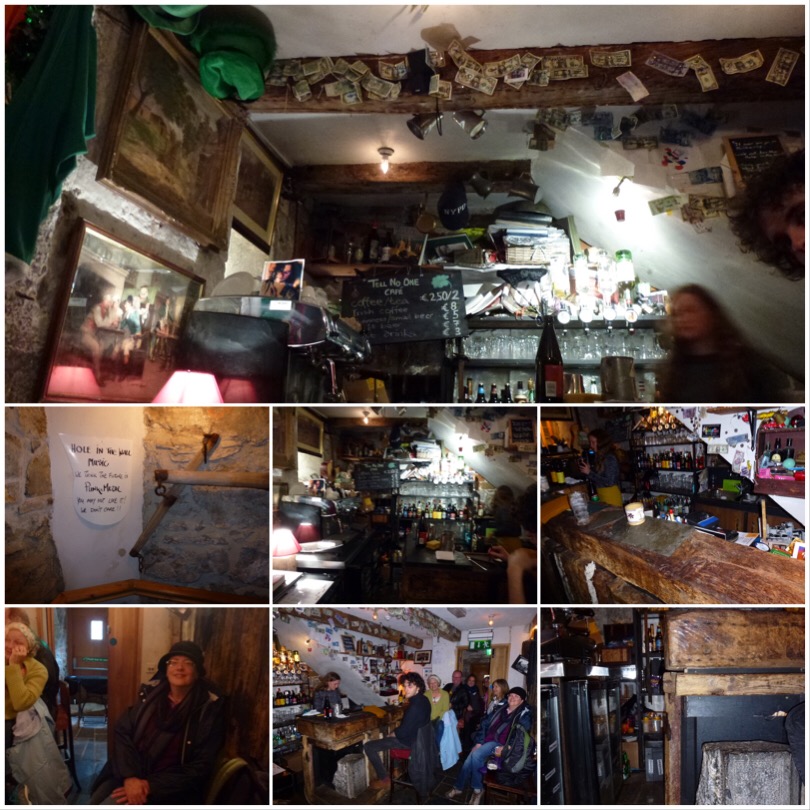 I had a pint of Smithwicks, Jo had an Irish Coffee, afterwards we returned to the accommodation to pack for moving on the next day. All in all a fun day, we enjoyed our time in Kilkenny.