Now I tried something, for the first time ever. I planned a NEW model, then folded it in prototype, then adjusted the proportions and now there is a NEW ORIGAMI FIGURE in the world – cool hey: 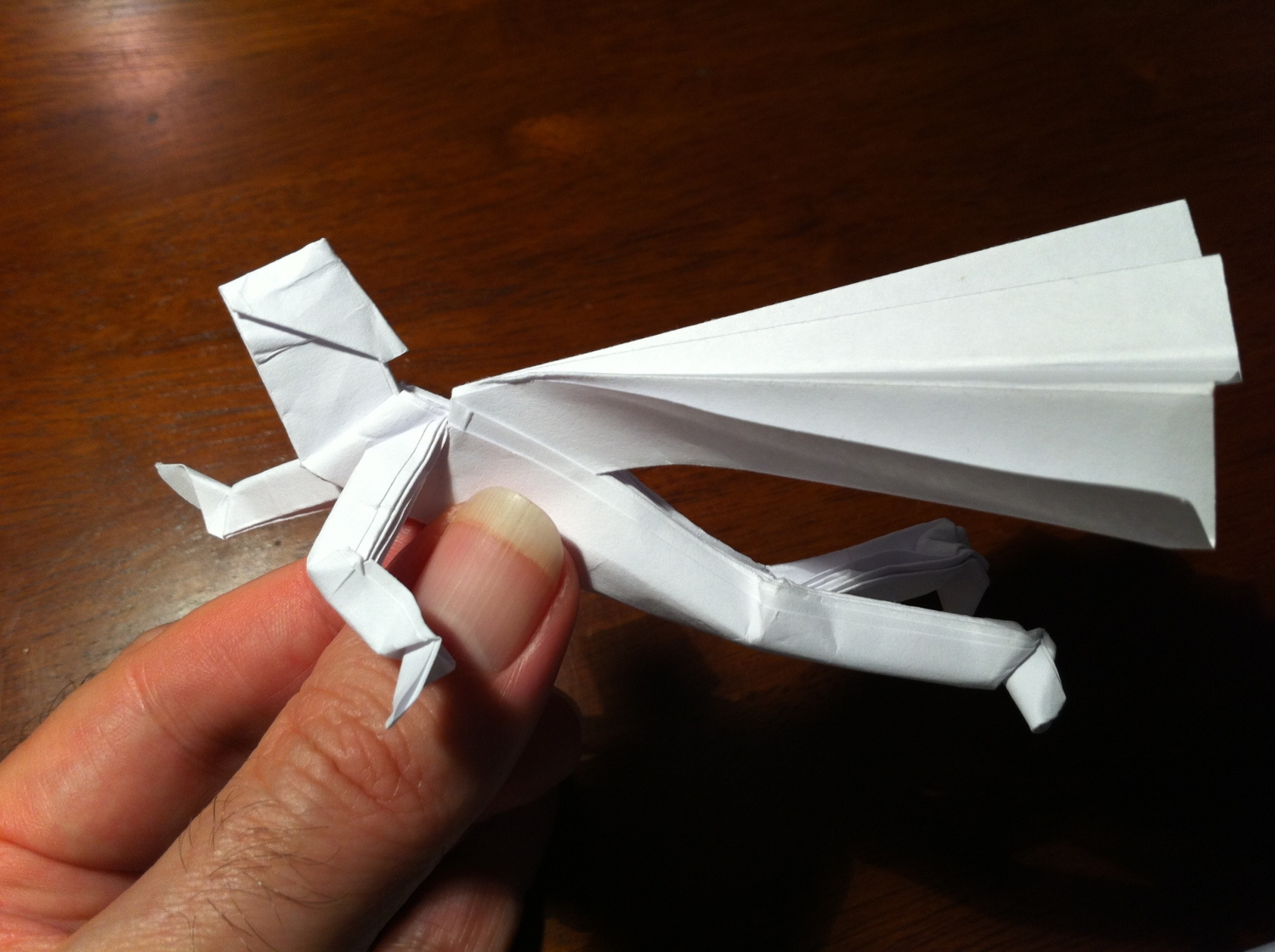 I must admit to giggling when it just sort of … worked. I then got the class (who had finished and had their papers collected) involved – “look up there in the sky, is it a bird, a plane? No, it’s Superdude“.

I had a clear idea in my mind, rare that it coalesces so perfectly. 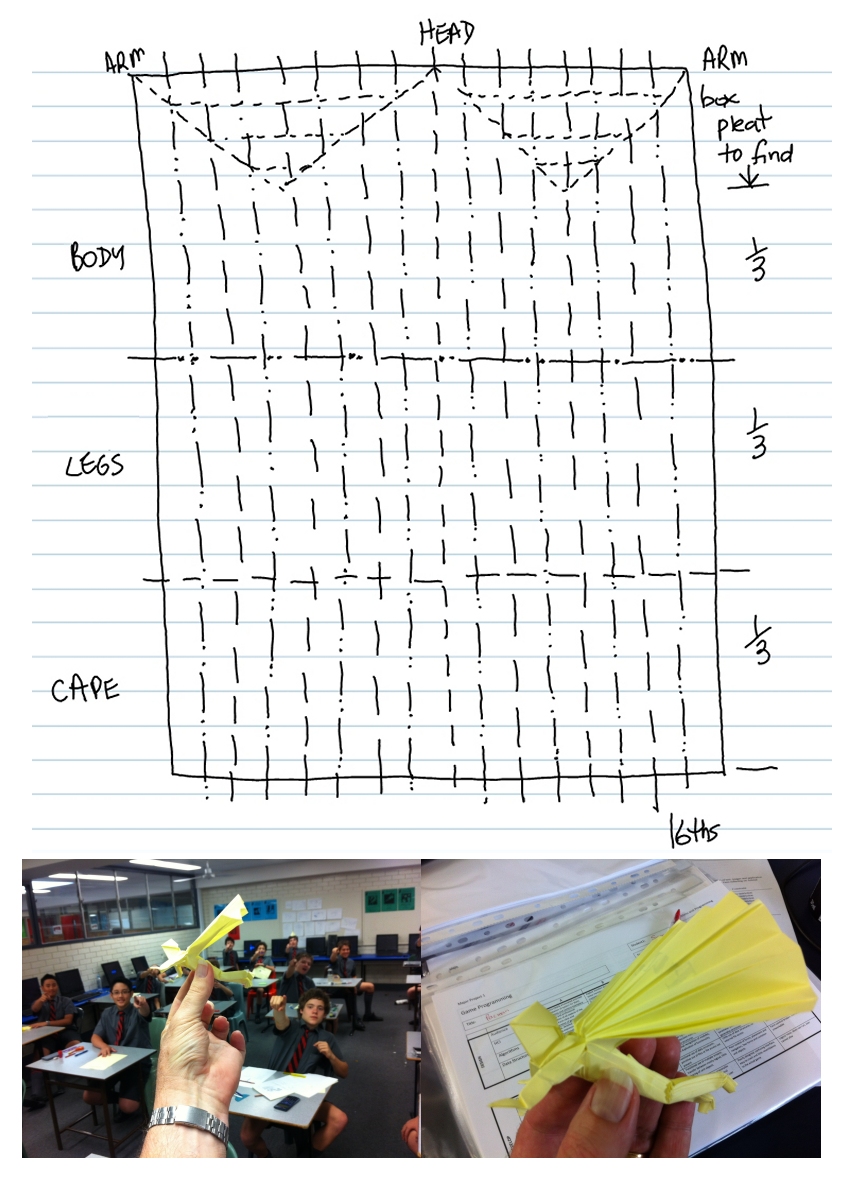 This is “Superdude” – like Superman but not yet franchised. He is inspired by “Girl in a dress” by Stephen Weiss and the box pleating work of Neal Elias, but I can find nothing quite like him anywhere but at my place, right here, right now so I will claim copyright.

I was messing around with proportions of an A4 sheet – not having any scissors (I was in an exam supervision and someone carelessly left an un-written on sheet lying around) with out cutting. The basic “S” bend, when combined with a 1/16th pleat provides the frame for this model.

You then tease out the “cape”, splay each ripple a little, box pleat some arms and a head one end, legs the other and you have the base.

Shaping the arms, neck, head and legs gives you a nicely proportioned super being in mid-flight (although someone should tell him that capes are so 90’s – no one wears capes these days)