Come this time of year, we ALL engage in a sort of origami, with varying success and neatness – wrapping presents: 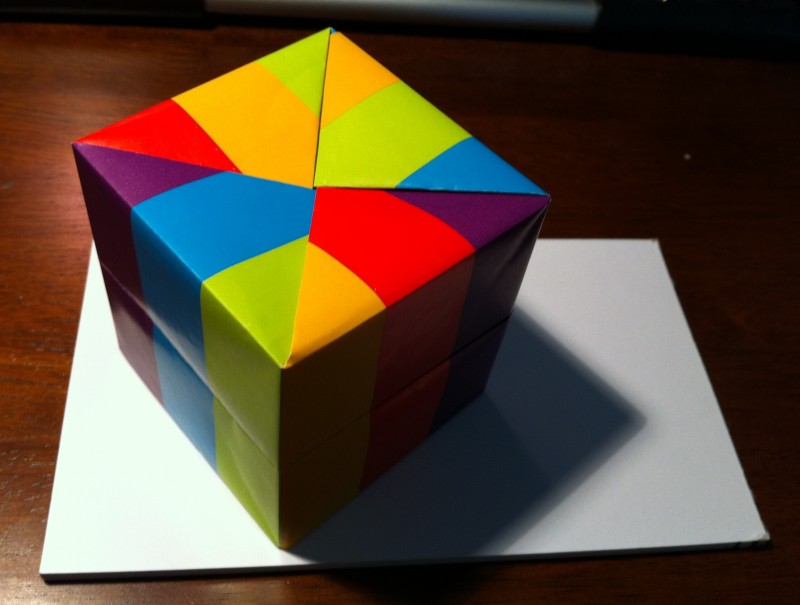 This is Yami Yamauchi’s “Pandora’s Box” – a devilishly clever fold that makes a beautiful cube that once folded is near impossible to un-fold. 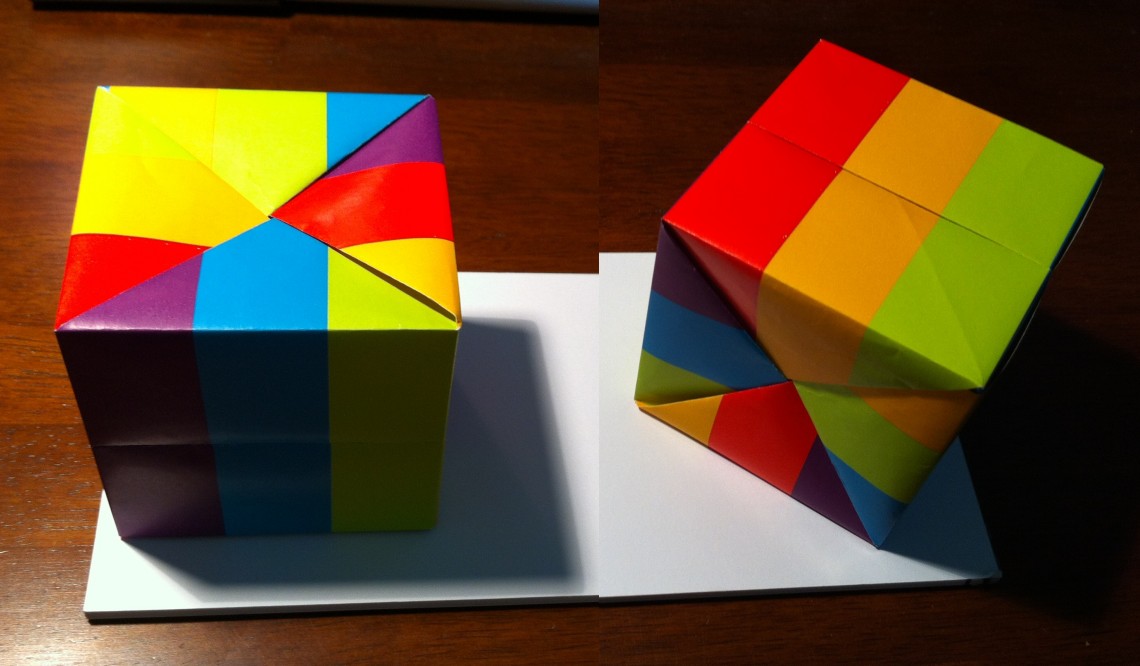 The instructions suggest fold it part way, put something precious inside and close it up, only to watch the faces of the receiver as they try to open the gift without tearing the paper – lol. 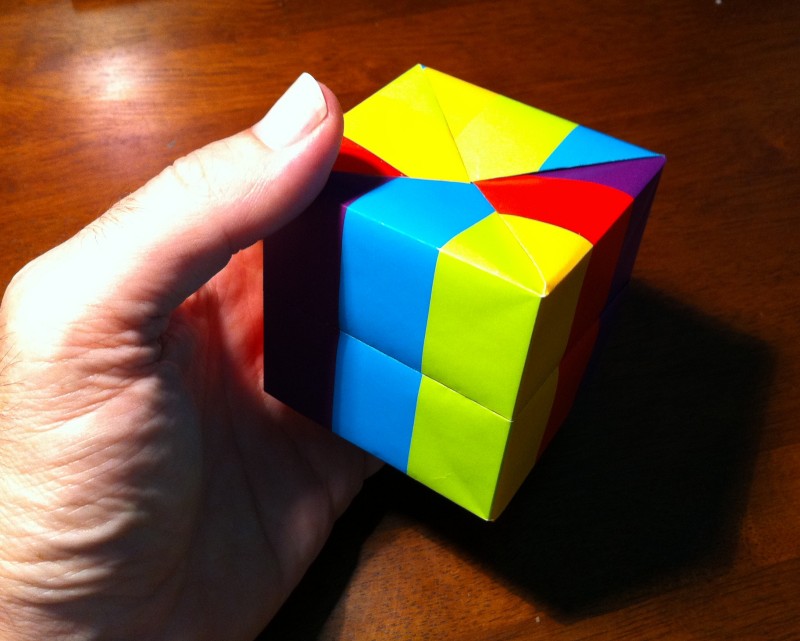 An ingenious box folded from fifths – originally I was going to fold this in white, then remembered some rather splendid stripey wrapping paper and that solved 2 problems with the one roll really as I used the stripes to work out the proportions – 5×3 stripes = fitfhs of a decent size, hooray. There are many geometric constructions for making fifths but they often leave creases in the paper as you make them and I wanted it to be as blemish free as flimsy wrapping paper would allow. 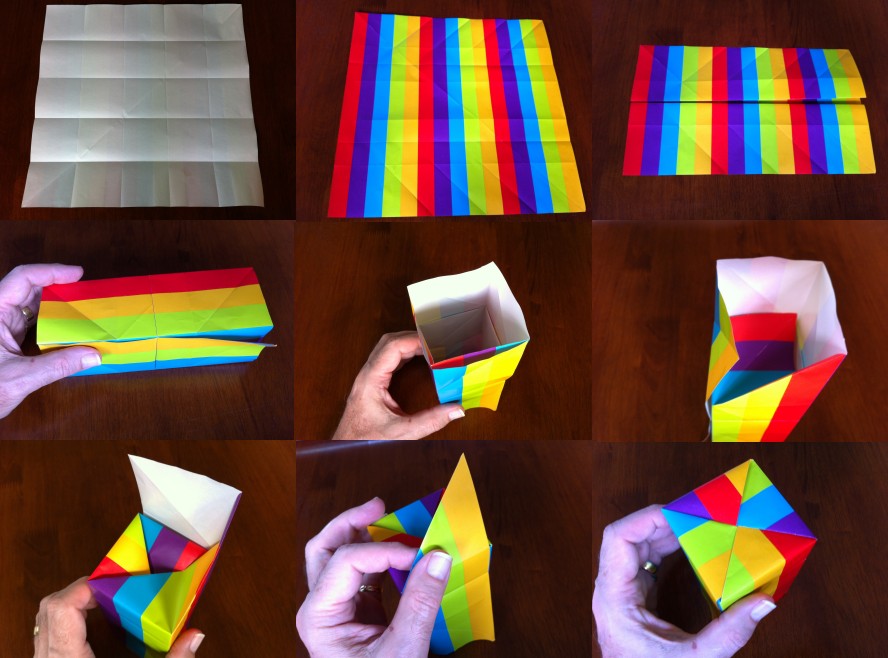 In retrospect, it ended up being almost exactly the size of my Rubics Cube, lovely thing.