I was reading the chapter on “box pleating” in Robert Lang’s “Origami Design Secrets – 2nd Ed” (one of my cherished origami books) and came across the chapter “homework” which is this Organist seated at her Wurlitzer: 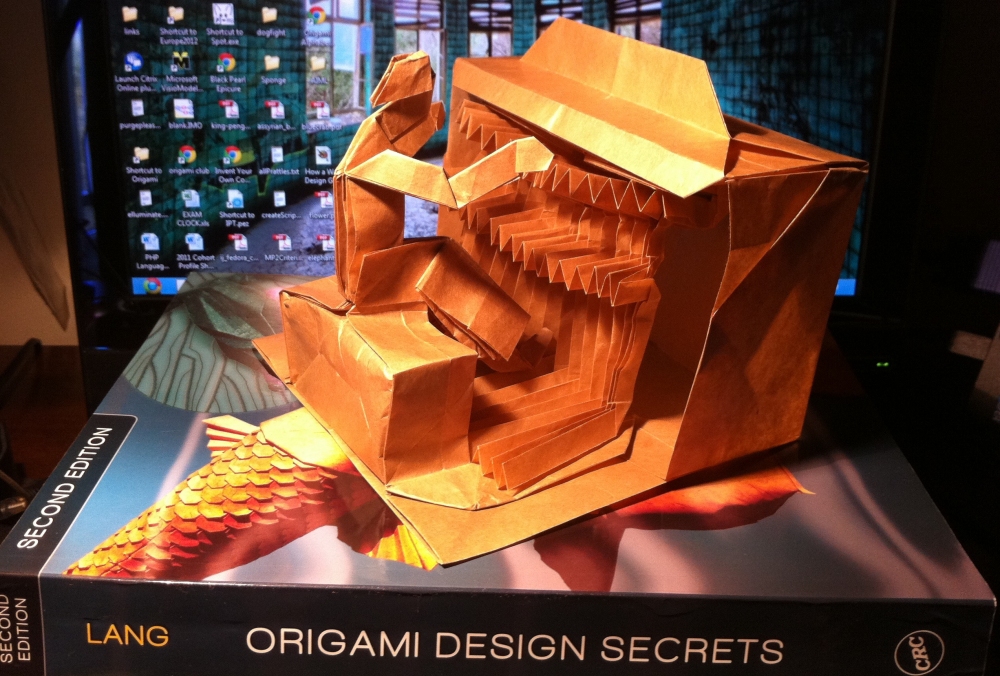 This model is astonishing for a bunch of reasons. The design is clever – one piece of paper to fashion the player and the instrument, the details of both the player and instrument are well controlled, efficiently use paper and are clearly recognisable. 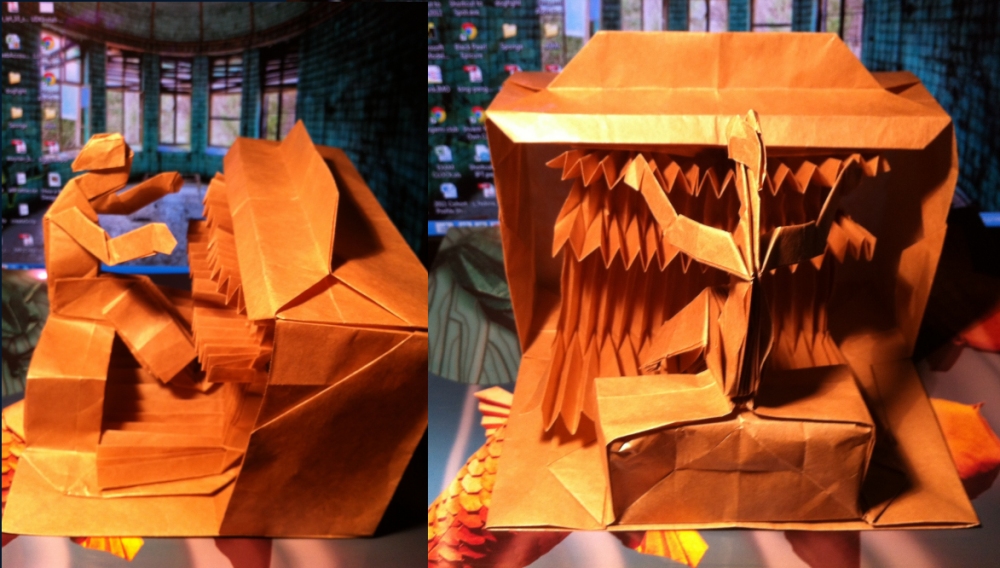 I upscaled, starting with a 128x32cm piece of brown Kraft paper, used a tape measure to lay in the landmark creases (although I could have folded them, it would have resulted in much more disfiguring creases in the end model so I am glad I did). In retrospect, working much smaller would have been very difficult with my fat, clumsy fingers as some of the pleating becomes very fiddly indeed (32nds and 64ths)

Initially, working with paper on this scale is problematic – simple things like “fold in half” take on epic proportions and introduce inaccuracies which seem slight at the time but compound in such a convoluted model.

There was an “ahh” moment when the box that is the body of the organ swings into place, making the keyboards and footpedals slip into place that was very satisfying.

I enjoyed folding this model, probably will not fold it again, but learned a bit about paper properties and wrangling pleats that will make future folds better I think. 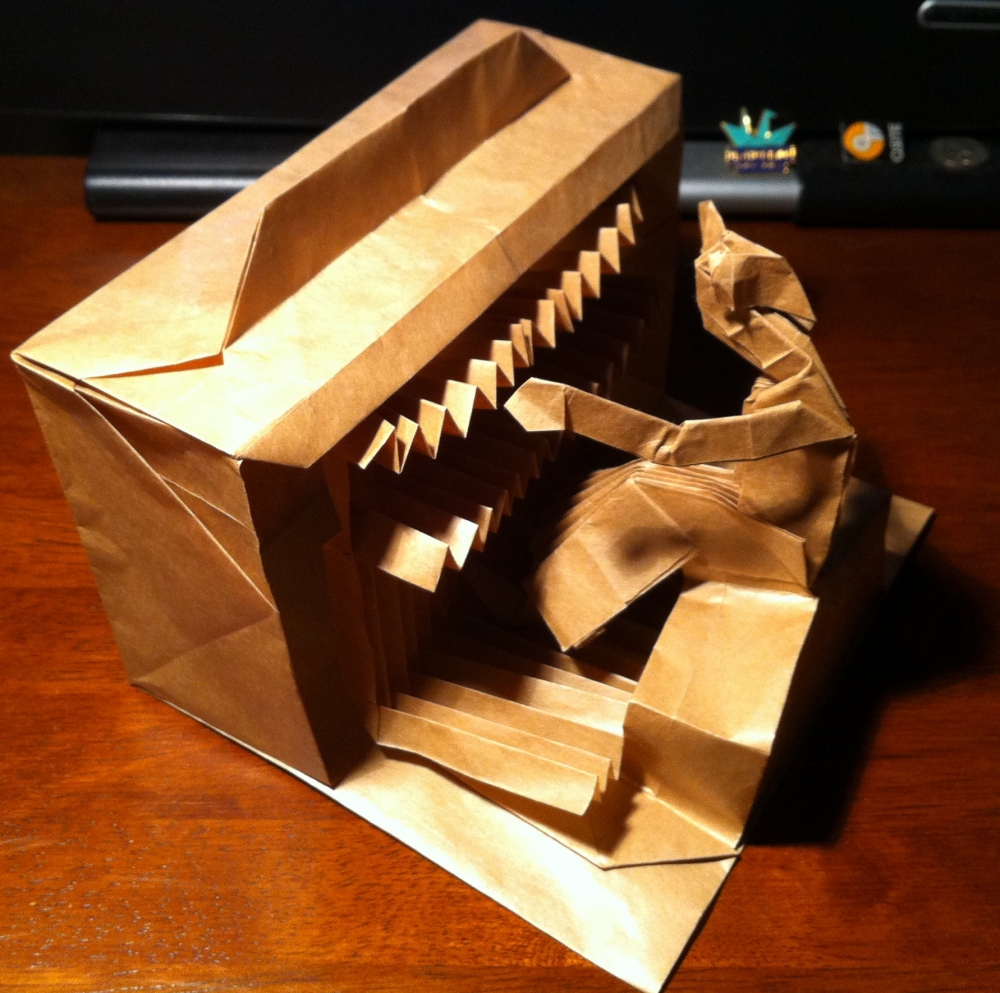 What to do with her? there is the question – the resultant model is quite large (16x14x14cm) and in some places one layer thick (others much more so), but it is stable and surprisingly strong. It even has a music stand atop the organ that even “Barry Morgan” would appreciate. Suggestions?