I was paper shopping, as you do (my daughter calls me a paper nerd) and stumbled across a hand-made sheet of blue embossed Lotka that reminded me of dragonscale: 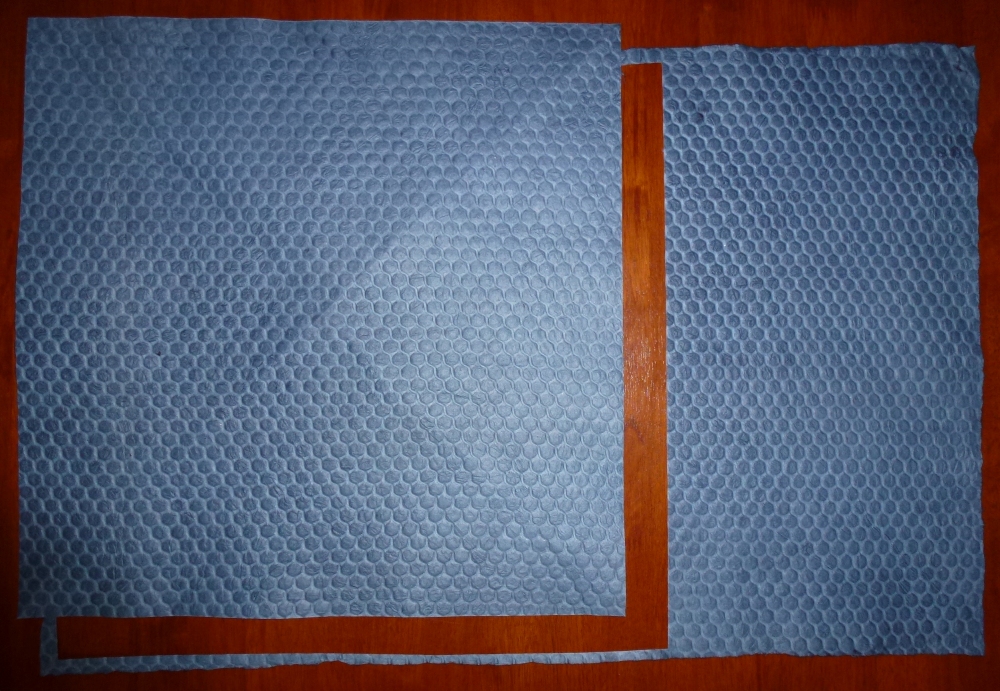 She who must be obeyed (SWMBO), an avid gamer and tamer of Dragons, had asked for a dragon so I put 2 and 2 together and got 17, well 5 to be precise. I have been exploring dragon-form, with the current Weyr (or wing) containing 5 dragons so far (Darkness Dragon by Tadashi Mori, Fiery Dragon by Kade Chan,  Green Dragon by Piotr Pluta, Riu Zin 1.0 by Satoshi Kamiya and nearly a Western Dragon by Shuki Kato) 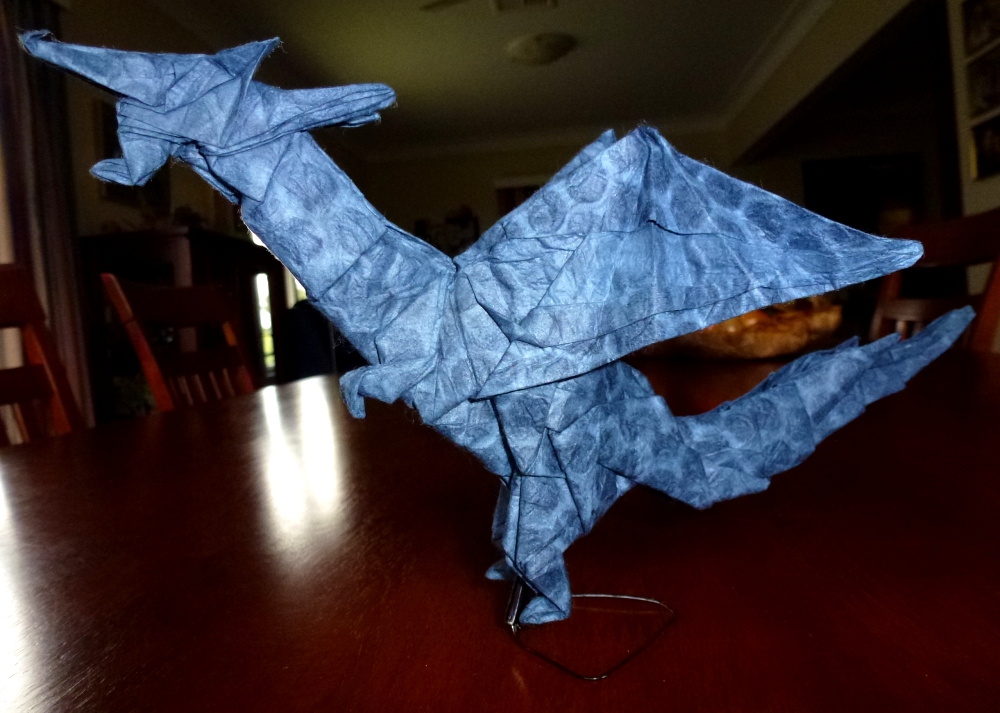 After examining the paper, and its fold receptivity, SWMBO decided on a Fiery Dragon so I start bending, patiently (the paper is more like fabric so although you can crease it, it tends to want to unfold again.

After initial creasing and formation of the model, it was necessary to stiffen ost details of the model with MC – the paper was like a sponge, it took 3 days to progressively pose and fix details. 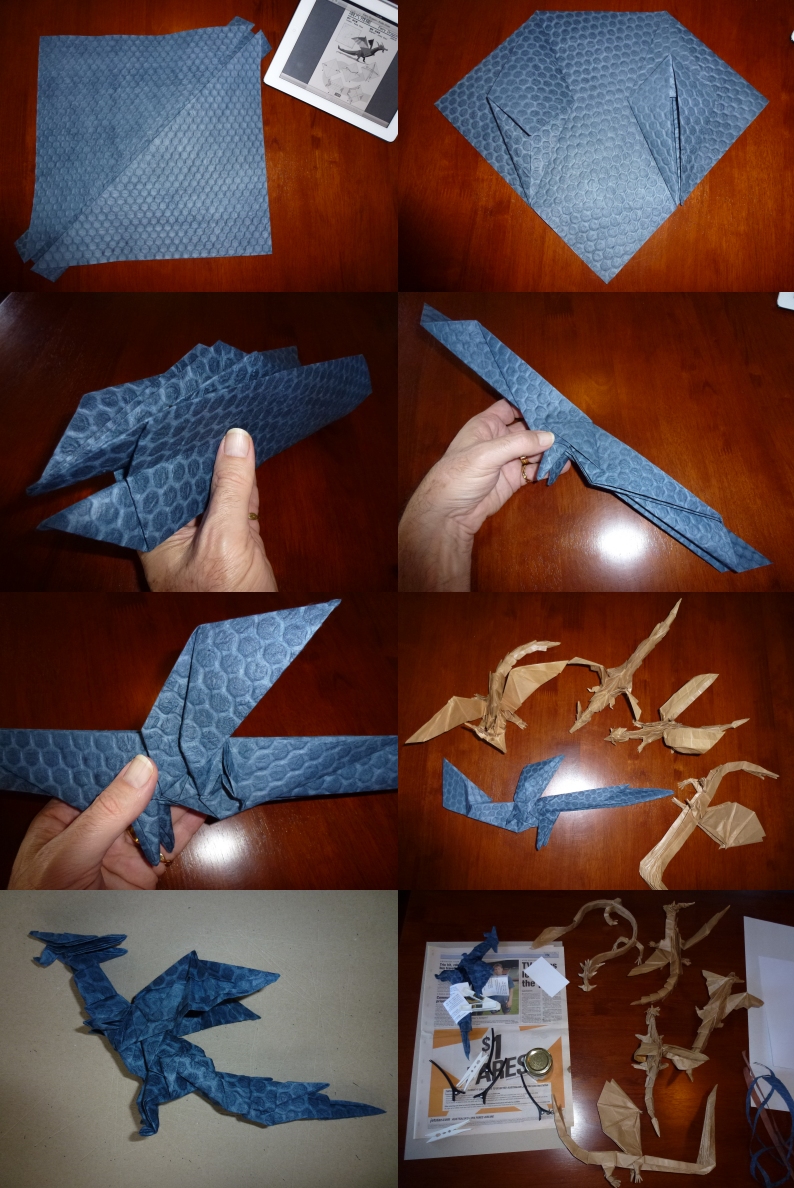 I fashioned a small wire armature that goes up into the body cavity and along the tail, with a stand so it is both supported and standing more or less stably. 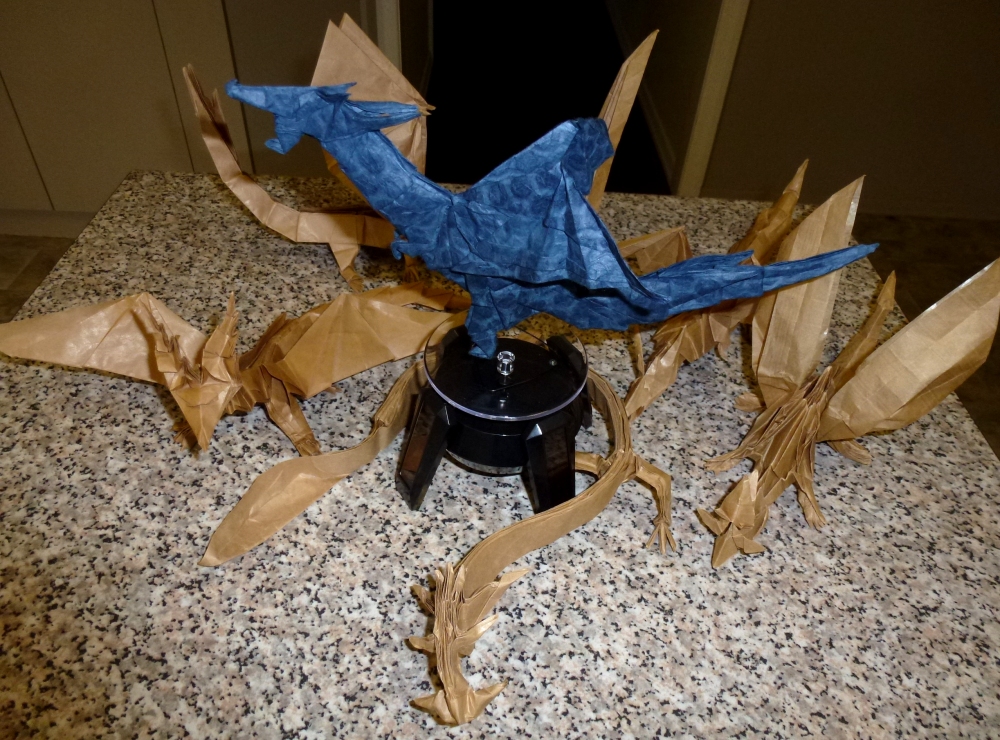 I have a number of dragons still to attempt, including the Shuki Kato series and perhaps more in the Kamiya series 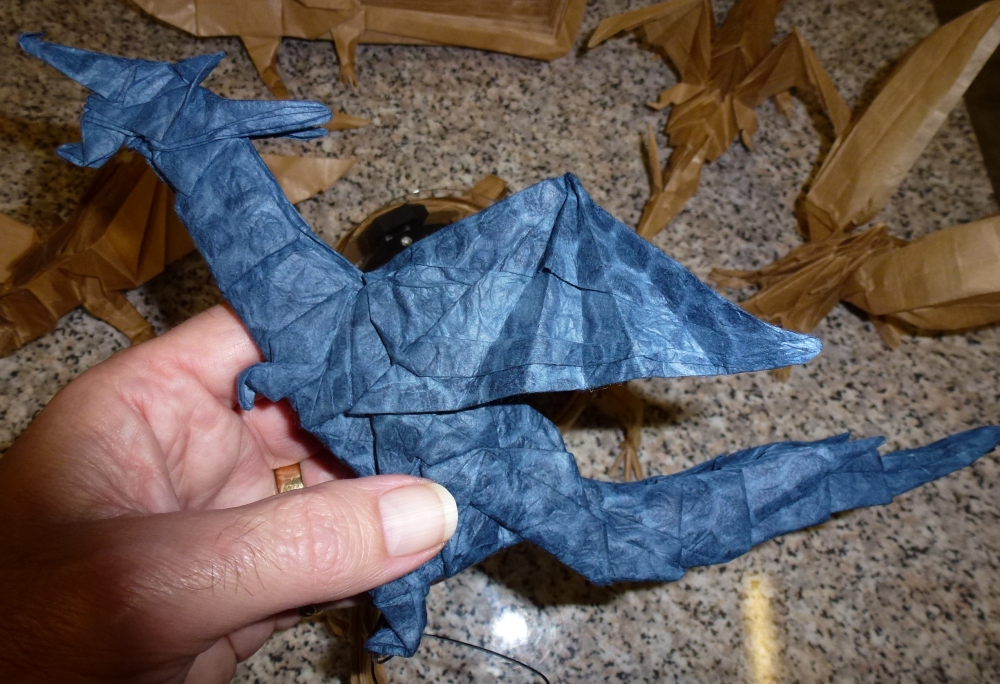