Prepare to be AMAZED – even after 3 hours folding I am! 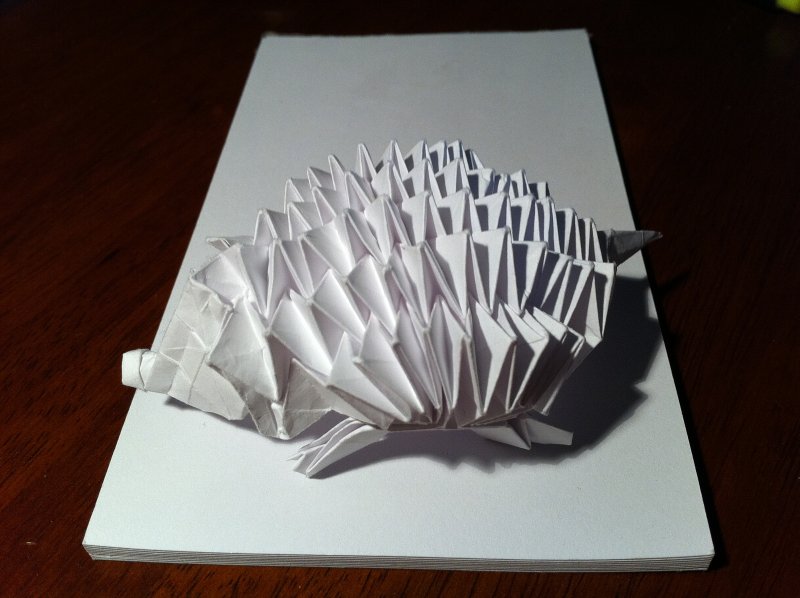 This is a hedgehog, well in truth the “baby hedgehog” – it has 5 rows of spines (as opposed to the “mother” which has 9). I remember seeing hedgehogs in New Zealand (yes, I grew up there for a while) – shy little creatures you only usually met when you ran them over, sadly. This model is not unlike an echidna, and in truth I fashioned a head that was more echidna-like merely because the instructions stopped with a step “make the head” but no ideas as to how.

I have not worked on a model that resolves, on the fiddliest folds to 64ths until now, it is exhausting. I should have realised that it was going to be tricky when Joisel himself stopped explaining a stage (formation of the first row of spines) saying it was difficult but here is what it should look like when you have finished – lol. I also discovered that Joisel’s favourite paper folding tool – a Japanese chopstick, was needed to combat the fat fingers that would otherwise mangle fiddly pleating. 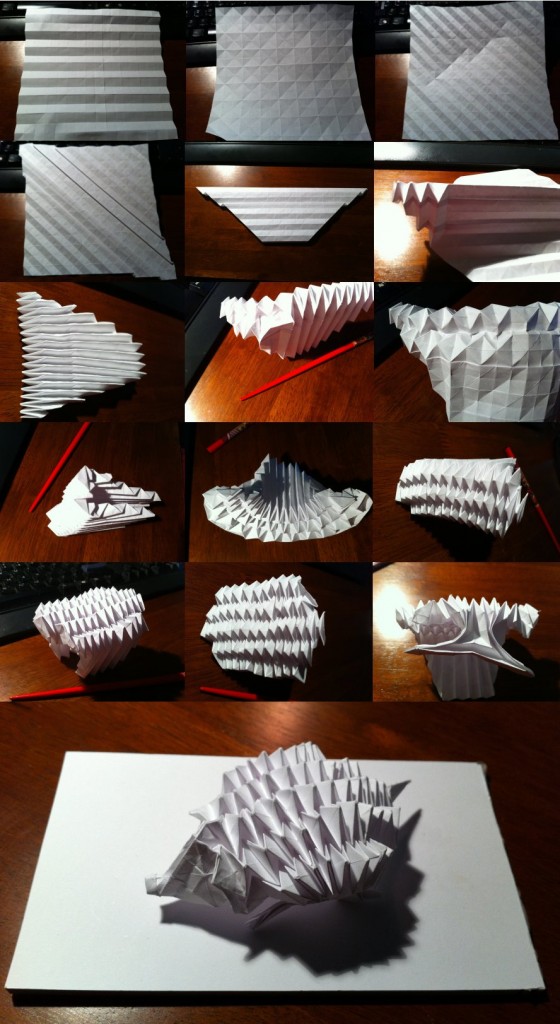 Eric Joisel was a master of paper folding, arguably the worlds most accomplished folder of human characters. Some of his work defies reality and the techniques he pioneered for paper sculpture are forever his legacy to the origami community. I hope he is smiling at this model, I am so chuffed I managed to achieve it.

You can find the instructions for this and 10 other Joisel Models at his tribute website: http://www.ericjoisel.com/ps.html Good luck, you will need it.

You may applaud now.