As part of the school’s social justice program, I was asked to come up with a fold for a bow tie that I could teach year 7-10 boys and girls from 3 schools on a Friday afternoon: 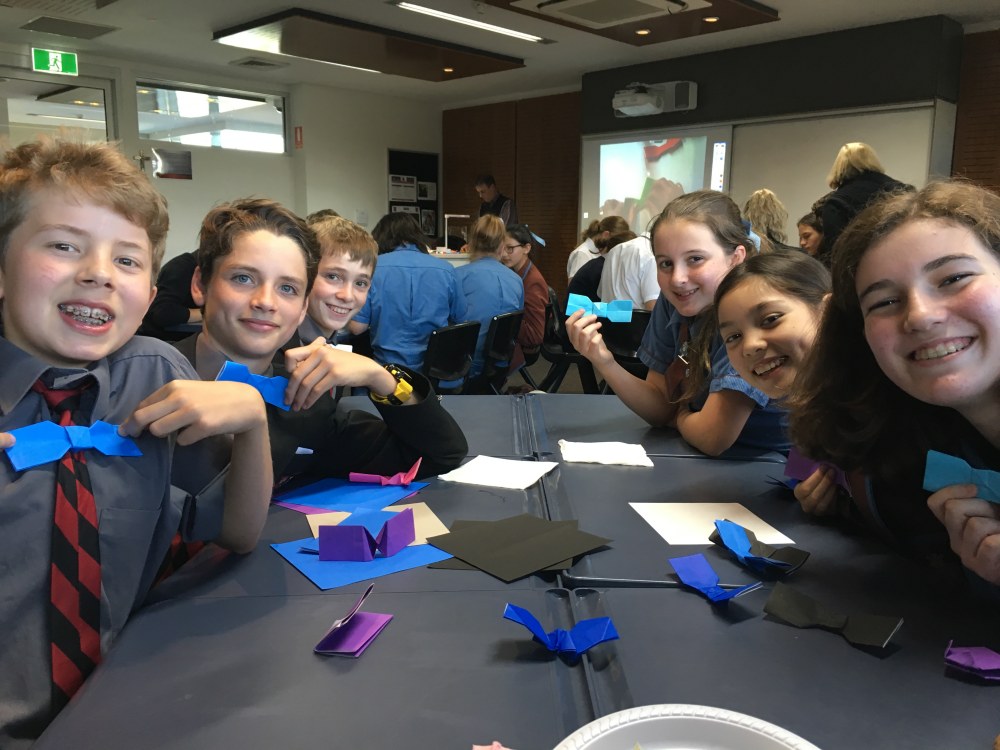 Based in part on a technique used by many, but first seen in a video, I devices a way of using a square, hiding raw edges and basing most of the folds on halves (figuring boys could actually fold things in half fairly easily). 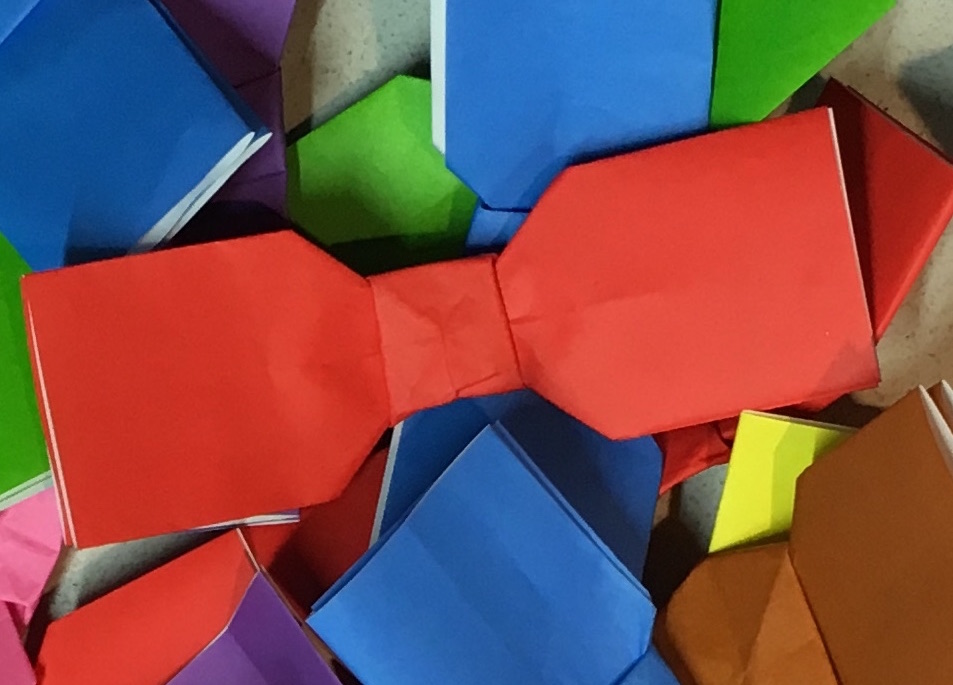 After some instruction (I used a document camera plugged into my laptop which was projected on a screen), the students soon mastered the technique and were making dozens of them in no time. 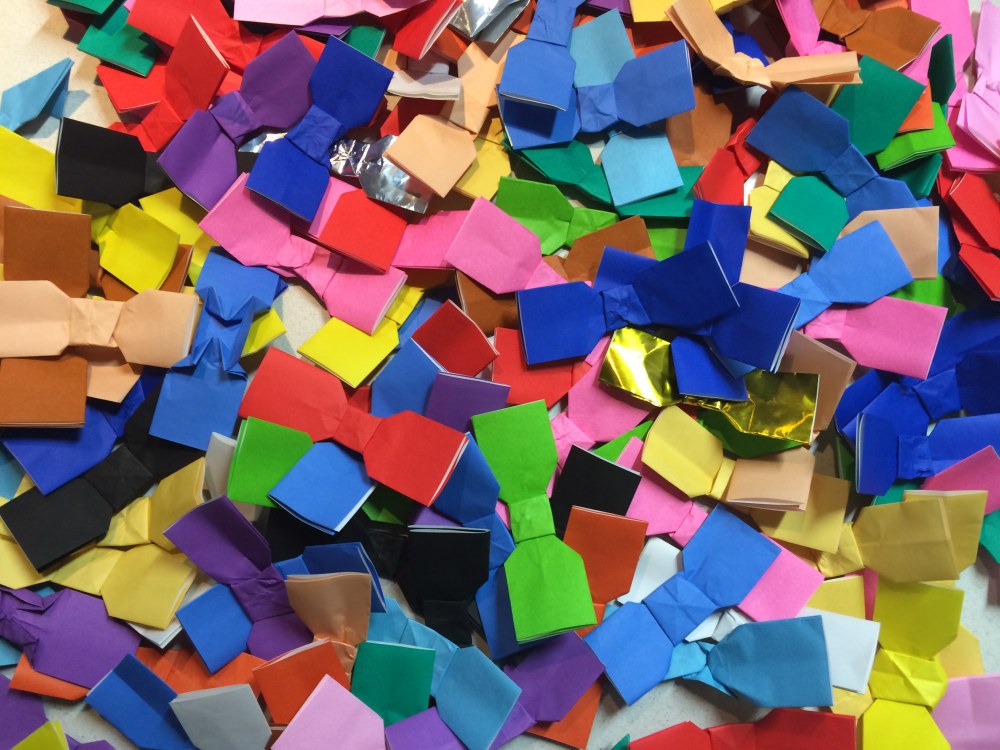 The afternoon was part social activity (single-sex schools are odd, getting genders together happens at every opportunity), part raising awareness of what it is like to be a good man/woman (a “stellar” fella or bella), it was fun. Thanks to the Peer Ministry team for being asked (they knew when they mentioned paper folding they already had me hooked).