I want to pretend that I have the skill level to master a fold first go, but in truth, sometimes it is not as simple as that:

This Rhino appeared in the current edition of the JOAS magazine Tanteidan and I was determined to try it – an hour or so and it would be done – right? 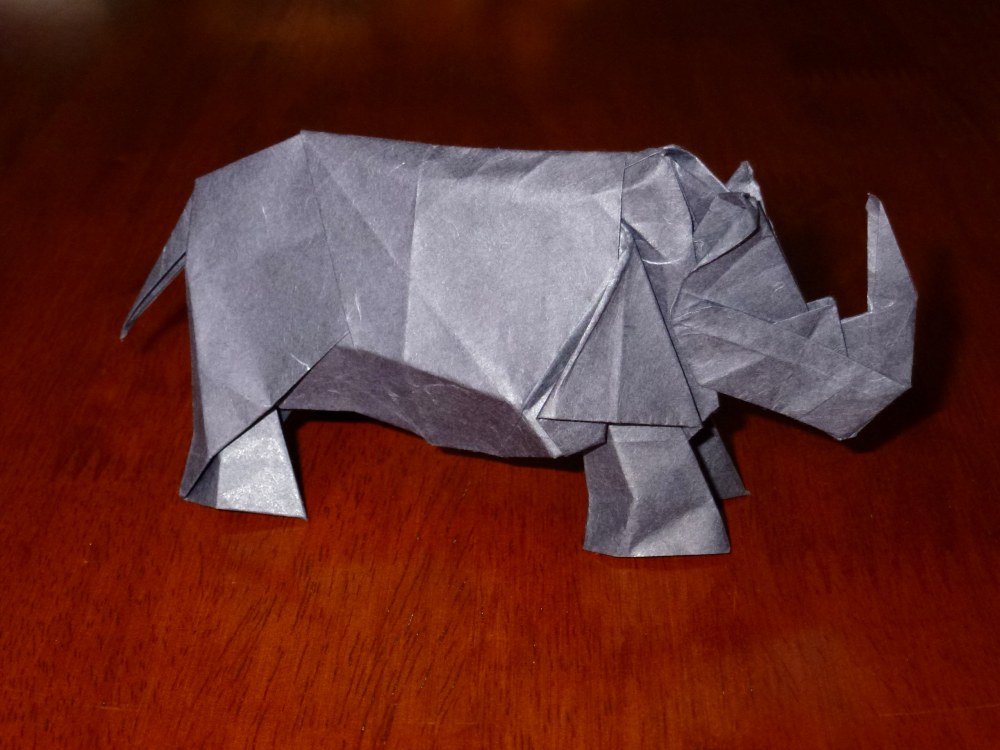 First attempt was a fail (wrong paper, too thick), second attempt just went wrong – stuff started not aligning, odd shapes and missing landmarks caused me to give up.

Third attempt was a little better – I ignored the landmarks in step 11 and the shape worked. I _think_ there may be a diagram error – not sure who I tell.

I ended up using some Daiso hand-made black paper with fibre inclusions – lovely to fold it turns out, went and bought 3 more packets on the basis of my first use of it ($2.80 – meh) 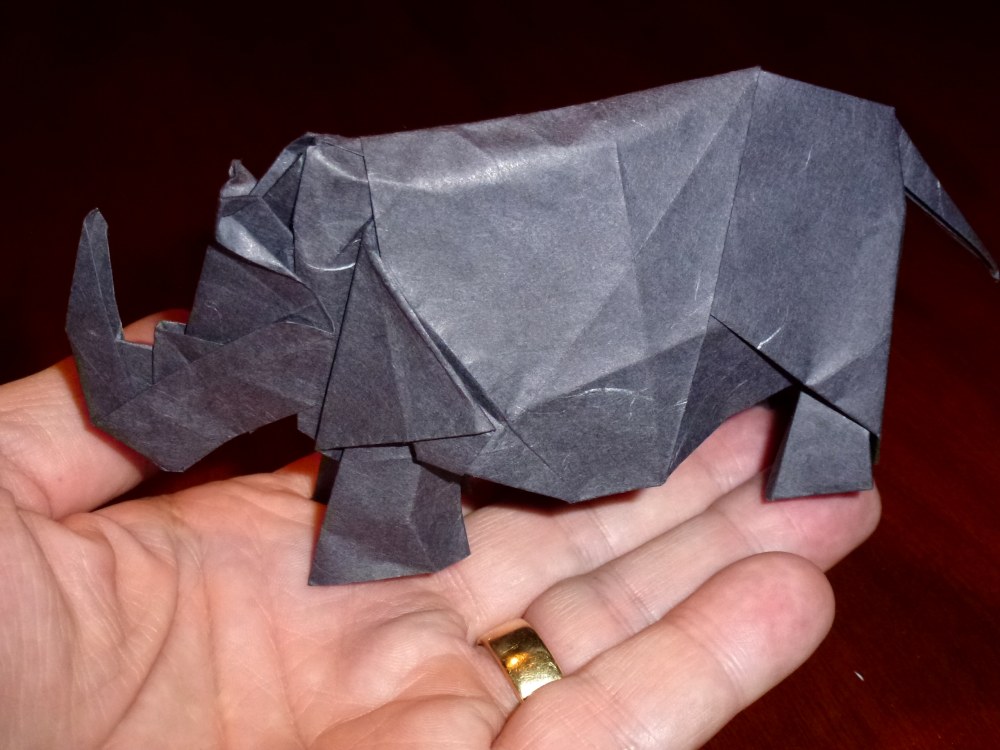 In the end the fold it lovely, rich, so much groundwork goes into setting details for the final stages that it breaks my brain to contemplate how you design such a thing.