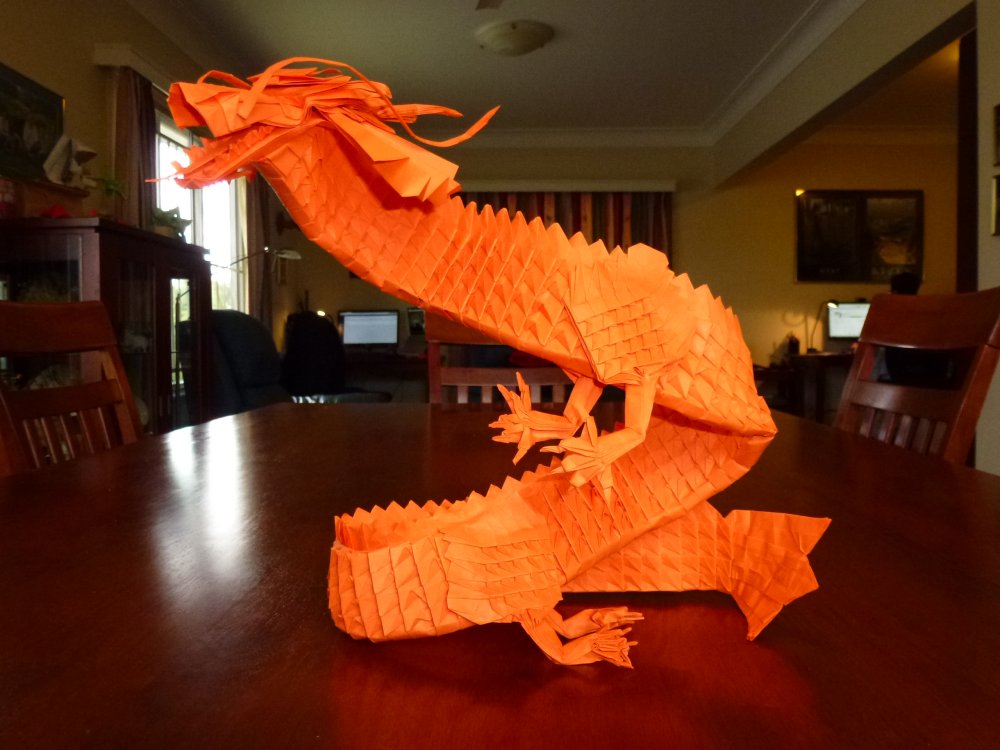 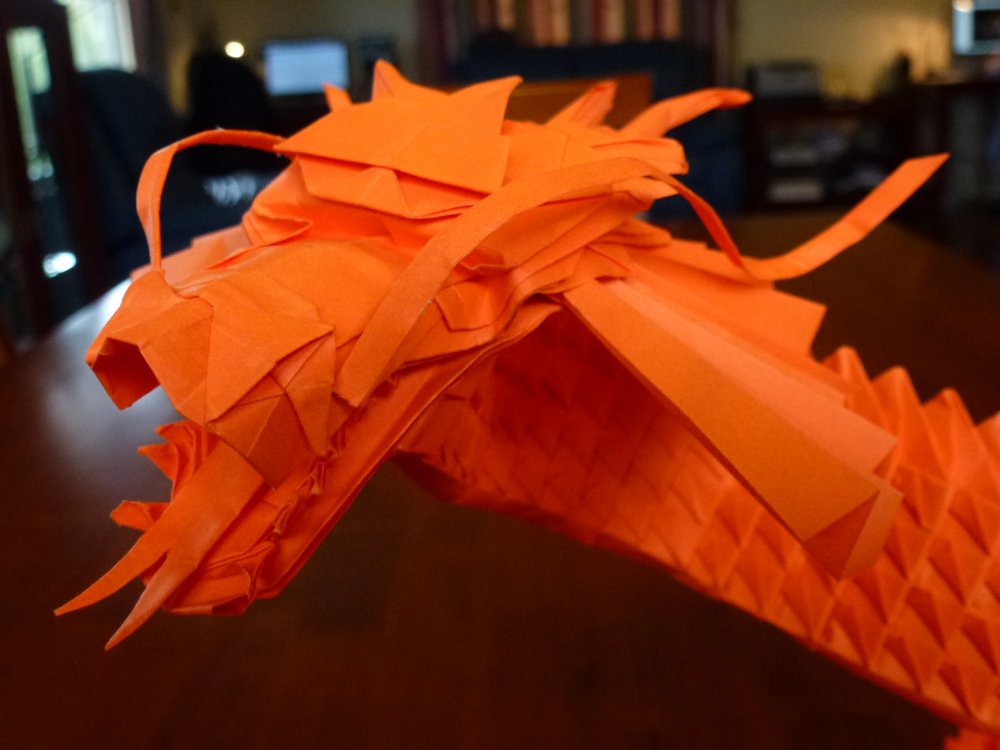 Originally I folded the leg/shoulder using a standard square, but decided they were too big for the proportions of the model, so used A4-derived squares and am happier with the size.

There is LOTS of detail here – the head has a lovely mouth, teeth on upper and lower jaws, whiskers and 9 horns, fabulous. The feet have lovely long toes, sharp claws and some nice scaley edges.

The final assembly is a bit of a papercraft exercise. the body segments are joined (the seam is part of the design), then rolled and joined to the spine fin line making a long tube. I slipped rolled paper and a thick wire through the middle for posing purposes later and to give the body some sense of volume. Attaching the leg/shoulder is about working out where and what angle looks best, then glue and clamp until stable. Fixing the head was done after I twisted the body into a spiral pose, then grafted the raw edge of the body into the hidden crevasses of the head. 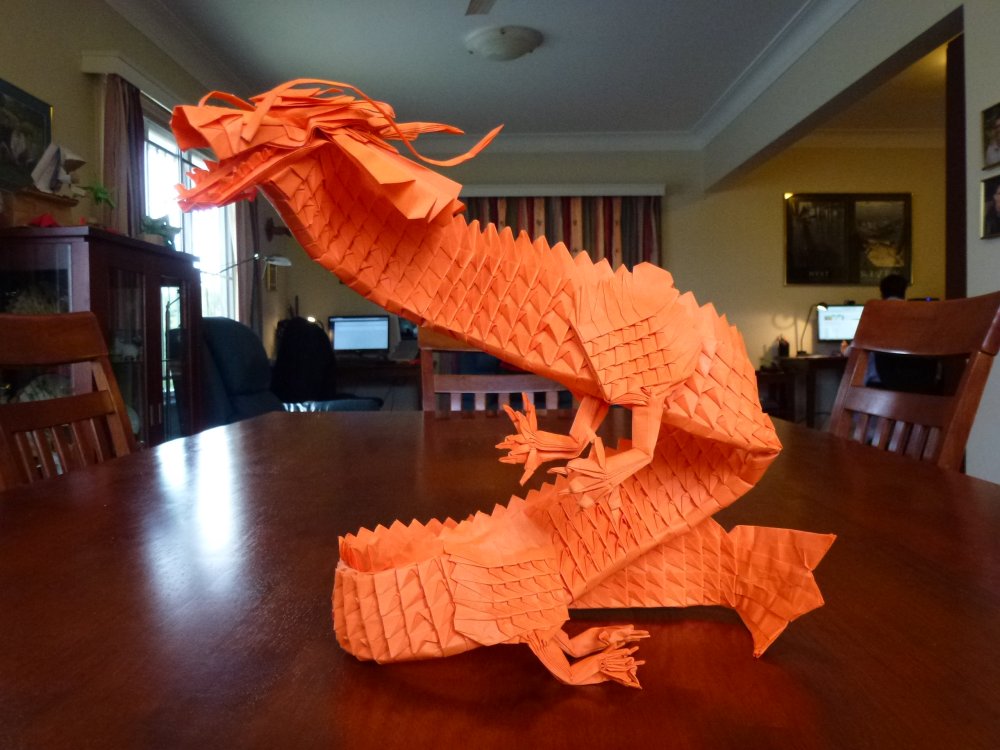 The final model is pretty spectacular, but feels a little cheaty alongside my folded Ryu Jin (folded by me over a period of a year), but there are many similarities – the “modular” or multi-piece construction solves many of the hideously complicated design issues of teasing all details out of a single uncut sheet. Pretty happy with it though.