In old Chinatown, when someone wanted to travel in style, they hailed a “coolie” pulling a rickshaw: 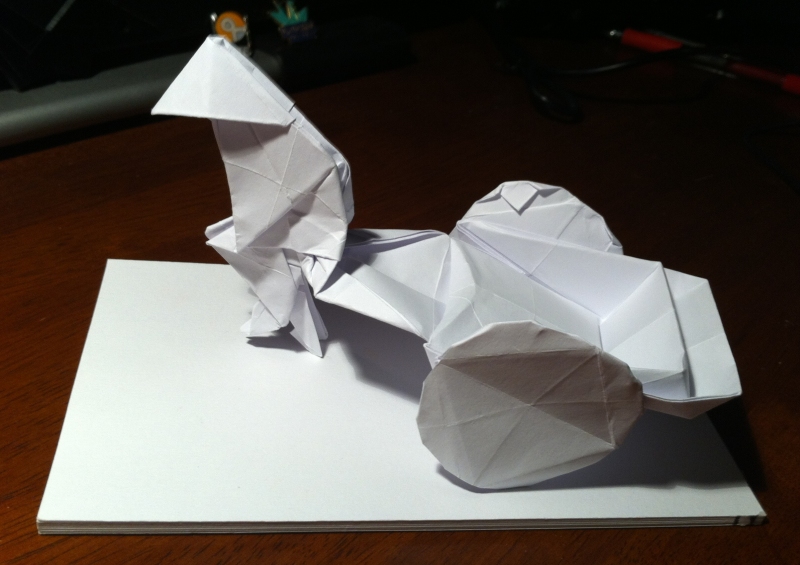 This picture was common in days gone by, these days the hustle and bustle of bicycles, motorbikes and tuk-tuks has replaced the hard work.

This is Neal Elias’ “Coolie and Rickshaw”, designed in1967. An ingenious box pleat using a square and tidily fashioning a running man and a 2 wheeled buggy behind, replete with lovely conical hat, wheels and canopy. 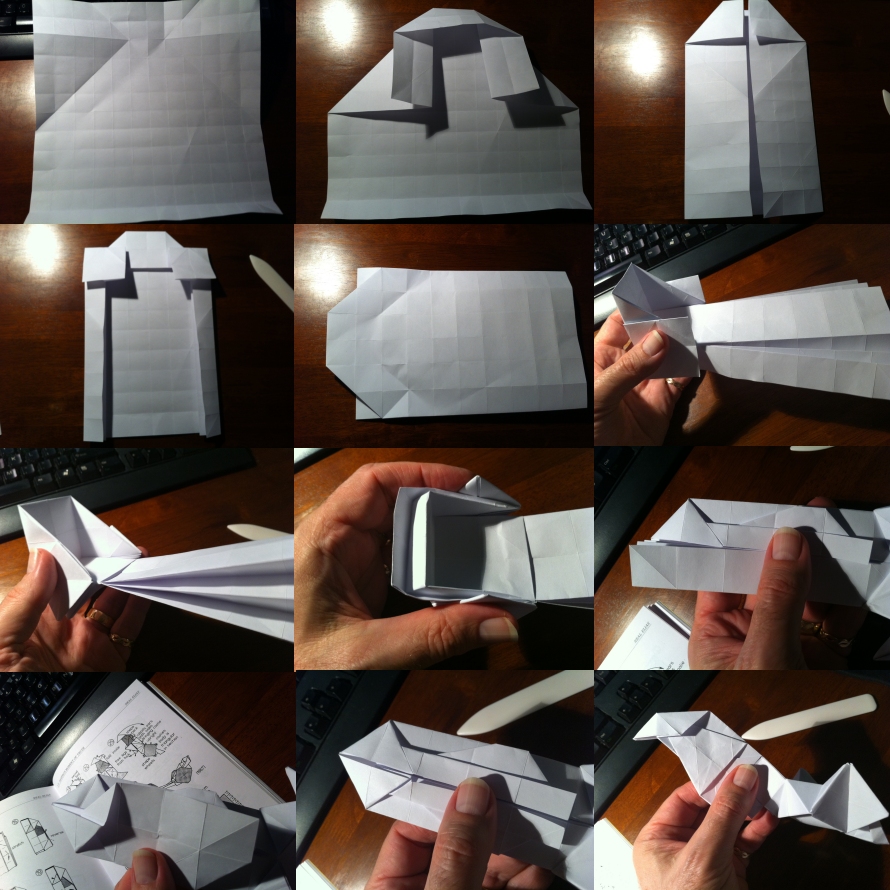 I have been wanting to try this for a while, just because really. Taken from “Selected works 1964-1973” by British Origami Society. I am happy with this as a first fold. I modified the body and legs a little to add a sense of movement, and re-worked the wheels so they were round (the original design had them nearly square).