I want an origami rooster (in red) to live somewhere in our new kitchen, so set about exploring rooster form with a pair of masters and their individual approaches to rooster form:

I “warmed up” with an Eric Joisel “Le Coq” – a fold I had tried years ago and not really mastered so I patiently and carefully folded from a 60cm square a lovely rendition (well, in my eyes at least). the Joisel model is economical with paper and seems to focus on the feet and tail, with an almost caricature head comb and waffle. 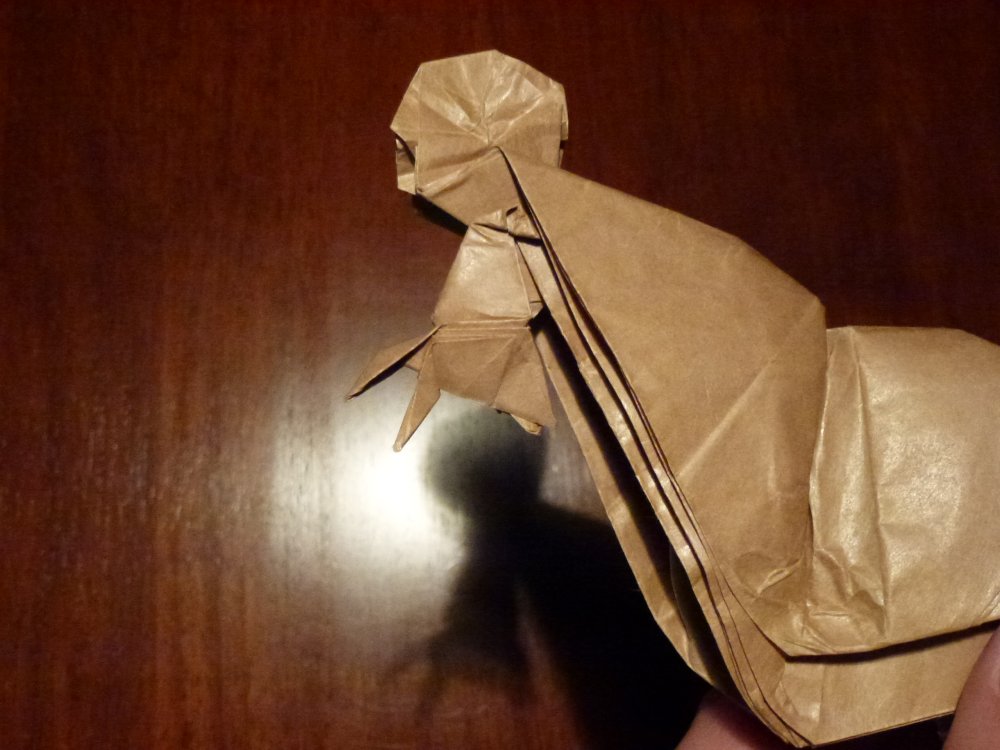 I then, after a cup of tea, girded my loins and set about folding Satoshi Kamiya’s Rooster. Using the same size piece of paper, there are hundreds of steps, many of which were astonishingly complicated 3d collapses that had originally scared me away from trying it – indeed 2 years ago I would not have been able to fold it at all. 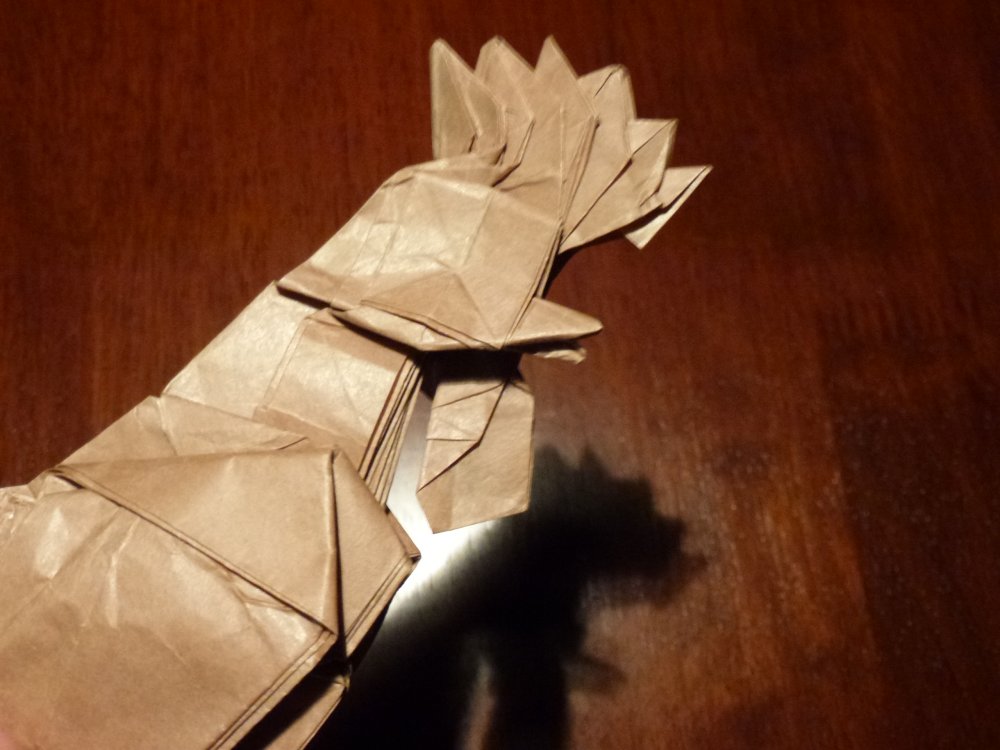 There is much to admire with Kamiya’s vision of the bird – body and head with comb/wattle are amazing,  full wings and a suggestion of a tail are wonderful, legs and feet seem (to me at least) almost an after thought, although the legs do have spurs and the right number of toes, I found them less generous than they needed to be for the proportions of the model – the poor chook would not be able to walk or perch. Even posing it I had great difficulty propping it up on the little spindly toes. It appears to have “barbie” syndrome – you know, Barbie the doll has impossible proportions, right? 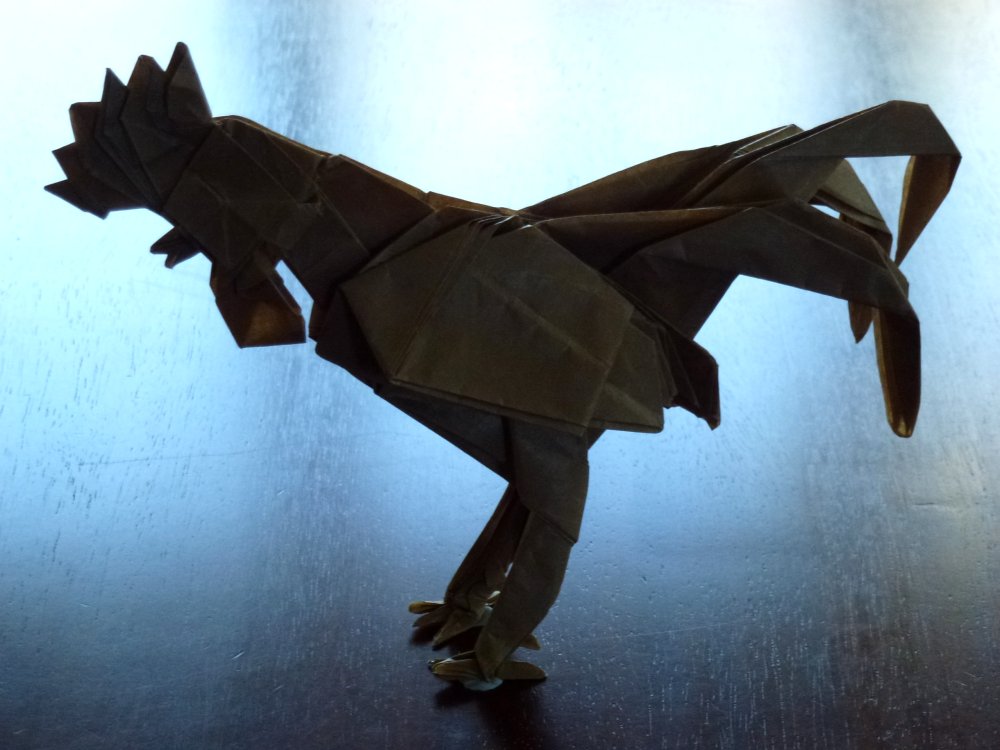 That said, I am amazed and delighted with my first fold of Kamiya’s rooster – such an amazing designer and such a wonderful folding journey. 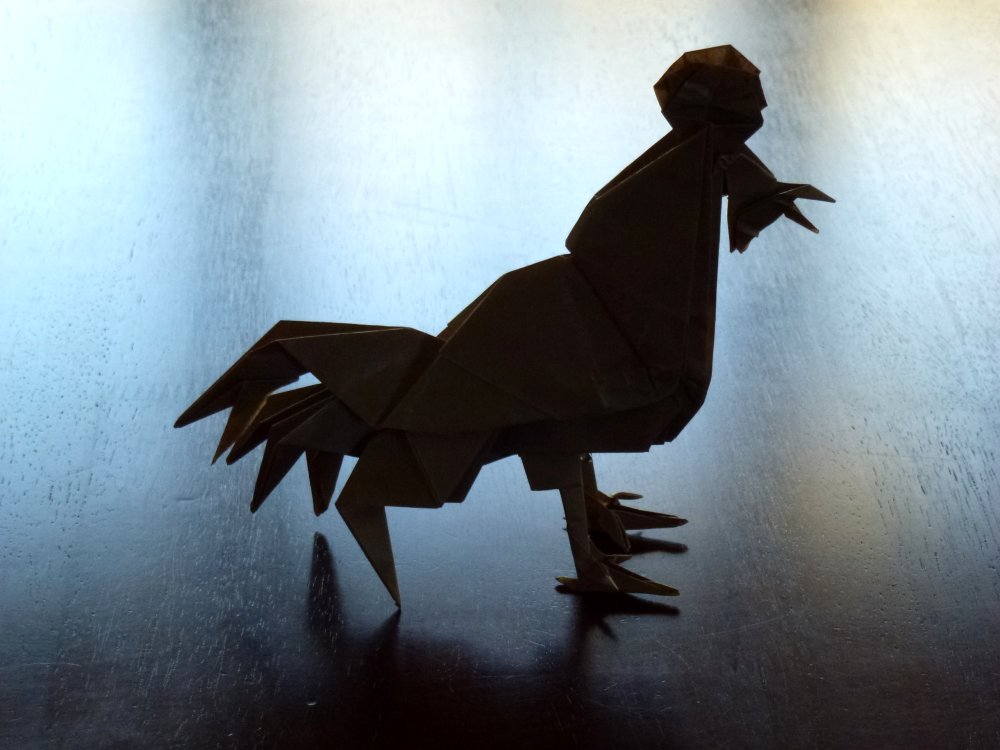 Side by side they represent, in my eyes, different generations of folding. Kamiya is a master of naturalistic design, Joisel had the flair of an artist.

I am not sure if I want either models in my kitchen – both make TINY birds from a huge sheet, might have to rethink that idea.