Often I find highly technical folding is mentally cleansing – that complete absorption in meticulous detail lets you lose yourself: 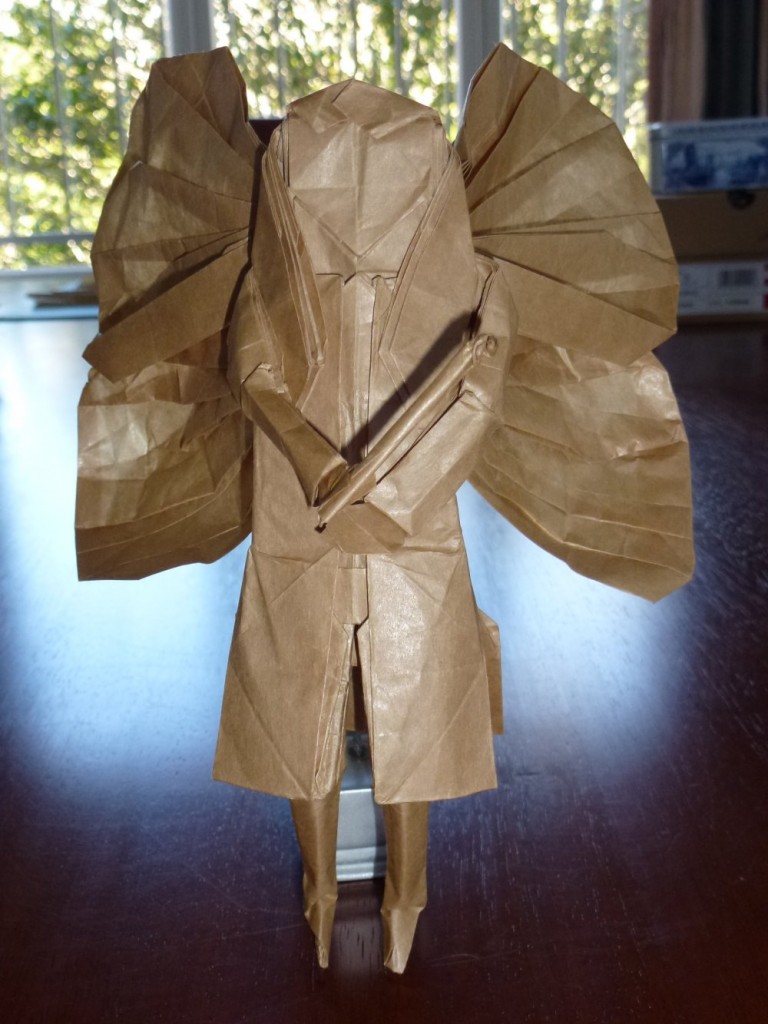 Jason Ku is an engineer and origami artist unlike any other – having marveled at his bicycle, I was determined to find something else of his to try.

I had dismissed this fold, featured in a Tanteidan convention book I peruse periodically as too hard, but given my skill level has raised (attributable directly to my structured wrestling with Kamiya’s Ryu Jin), I thought I would give it a try. 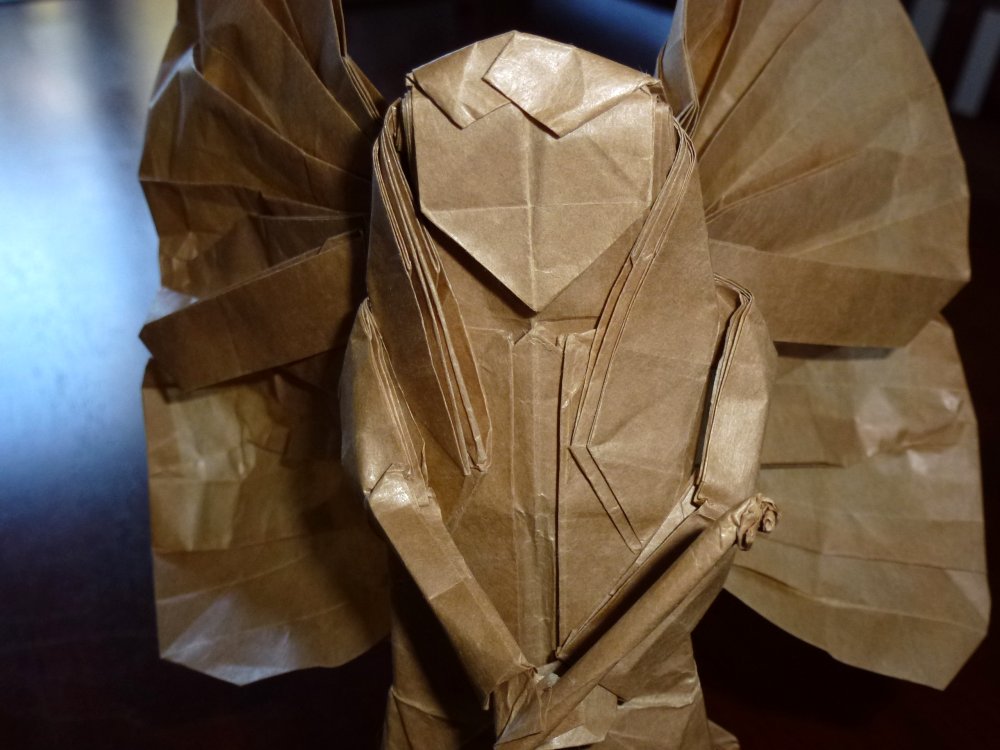 To my astonishment, the folds came quite easily, breathtaking collapses and “unfold everything and re-fold it this way” moments seem just to work themselves out and the result is pleasing to me at least.

The level of detail here is amazing – arms, legs, skirt, face, hair (bangs, pony tails and hair on hack of head), 2 pairs of lovely winds and wing covers (I had no idea fairies had these) all from a single square, folds only (albeit fiddly box-pleating and acrobatic collapses).

The net result is a figure that stands 20cm tall (from a 60cm square) – representing astonishing economy of paper, with a wing span of about 20cm also (a detail useful to ME later if I need to fold this again for a purpose and final size). I say this is astonishing because most of the things I have been folding of this level of complexity are typically a tiny fraction of the original sheet size – bravo Mr Ku. 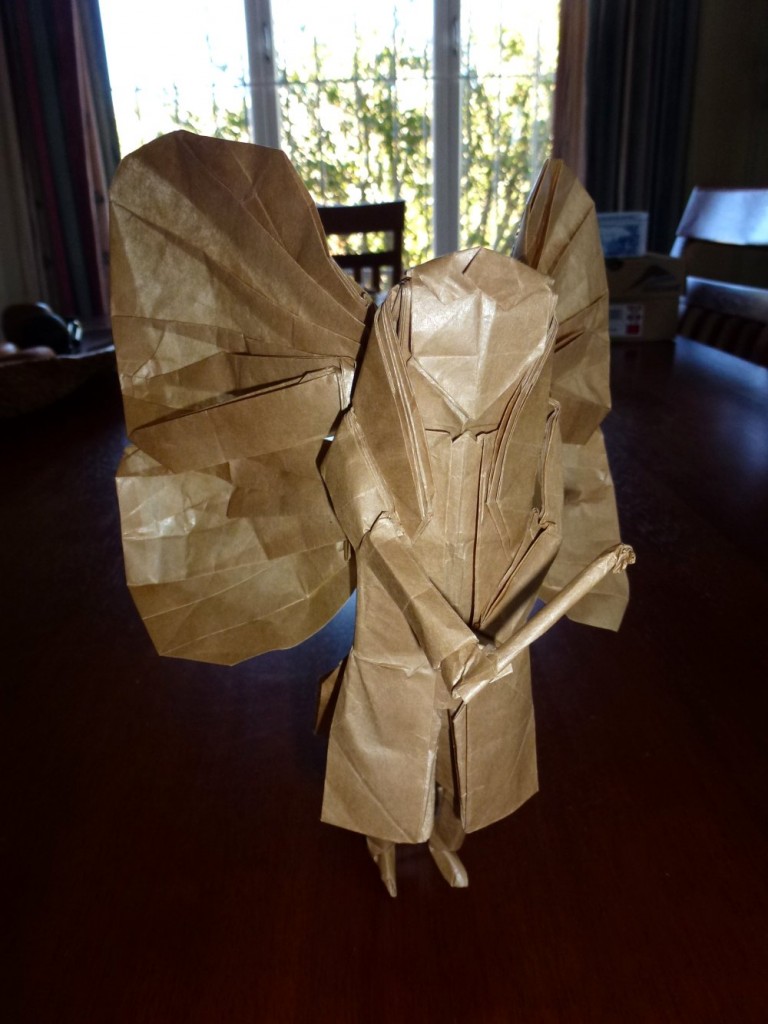 I added a wand, I think she needed one, but the model is remarkably complete and only required a couple of bits of double-sided tape to stop seams gaping and pose her. 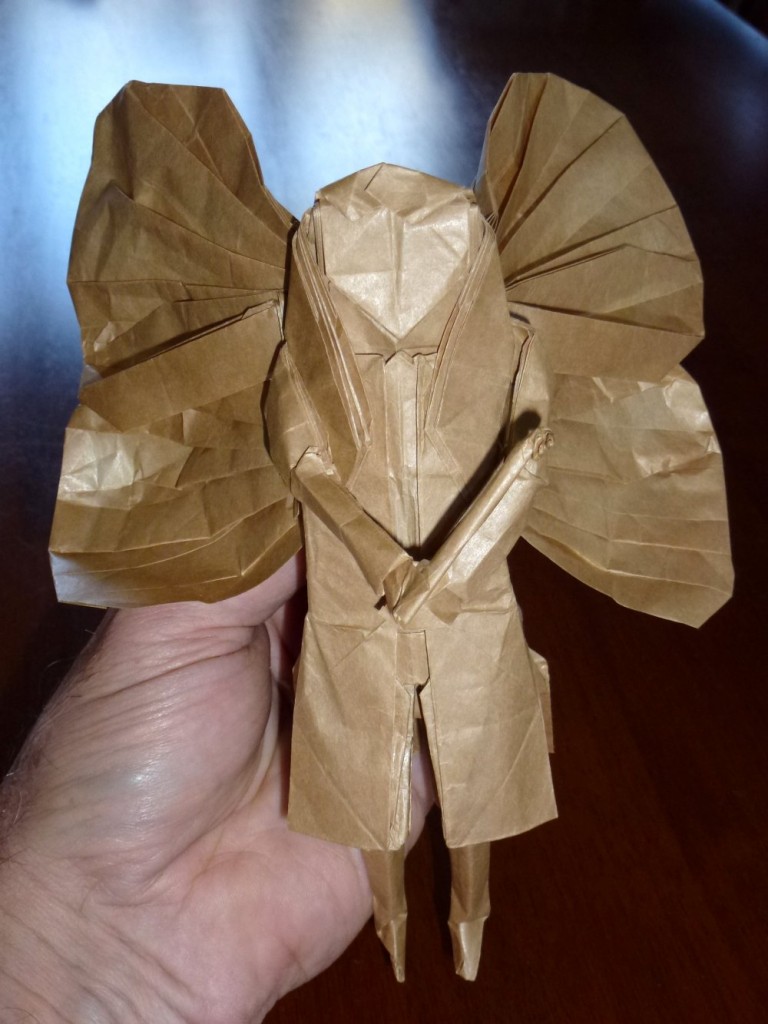 I posted this as WTF(What’s That Fold)#23 and no one seemed to come close to guessing it – probably because the intermediary forms do not readily relate to the final form.