Voting is something democratic societies hold as an important right. Some counties have compulsory voting, most allow citizens to choose whether they want to vote – all too often the result is the same – groups of opinionated, empty-headed people are elected to represent the views of the common people. 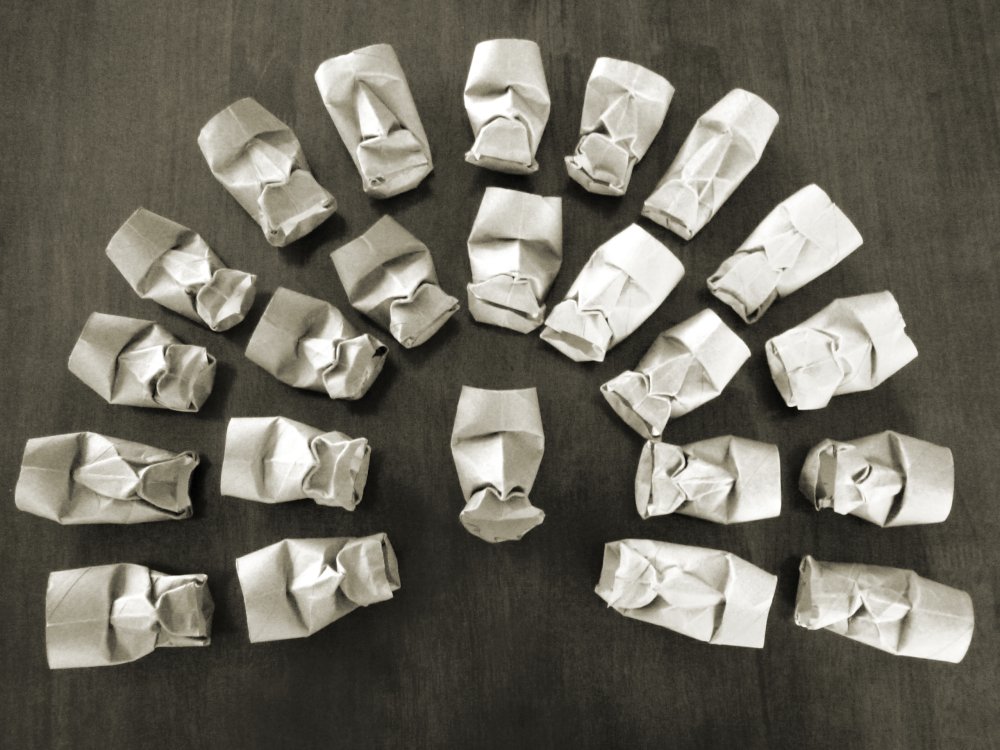 Anyone who knows me, realises I take the political piss whenever I can – voting only encouraged politicians to think they are more important than the rest of us, but they are just us, right, paid to argue (usually paid a LOT more that those of us who enjoy a good argument). 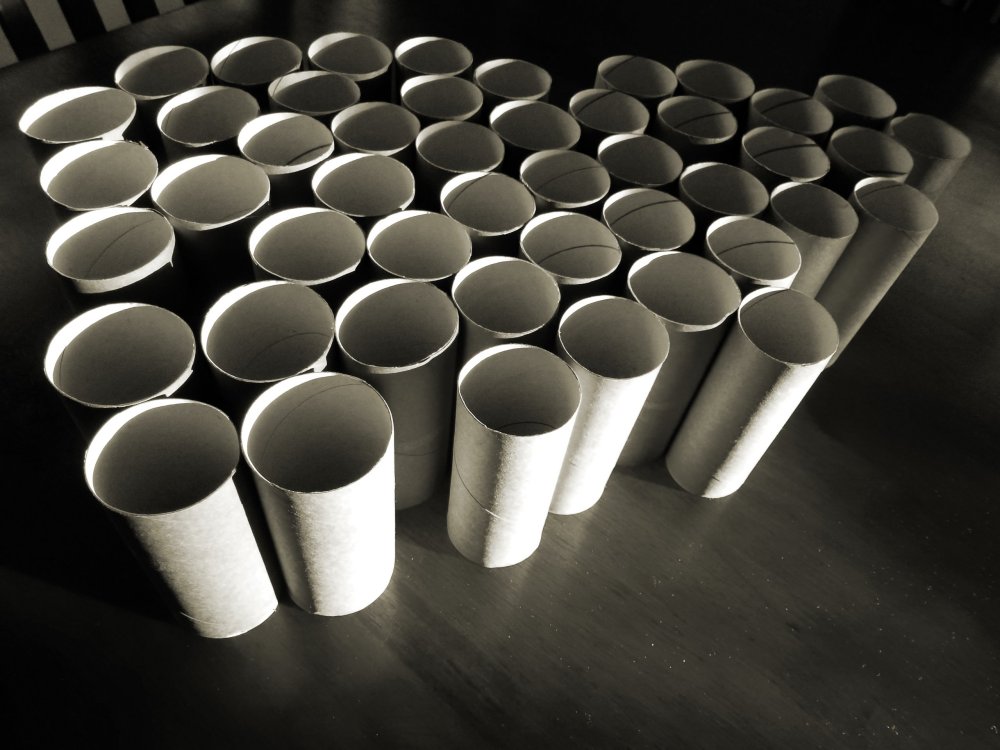 We organise candidates into “parties”, “alliances” and “coalitions”, pick “leaders” and rally behind them like their personalities are what really matters. All too often, in the end, we end up with the government we deserve. 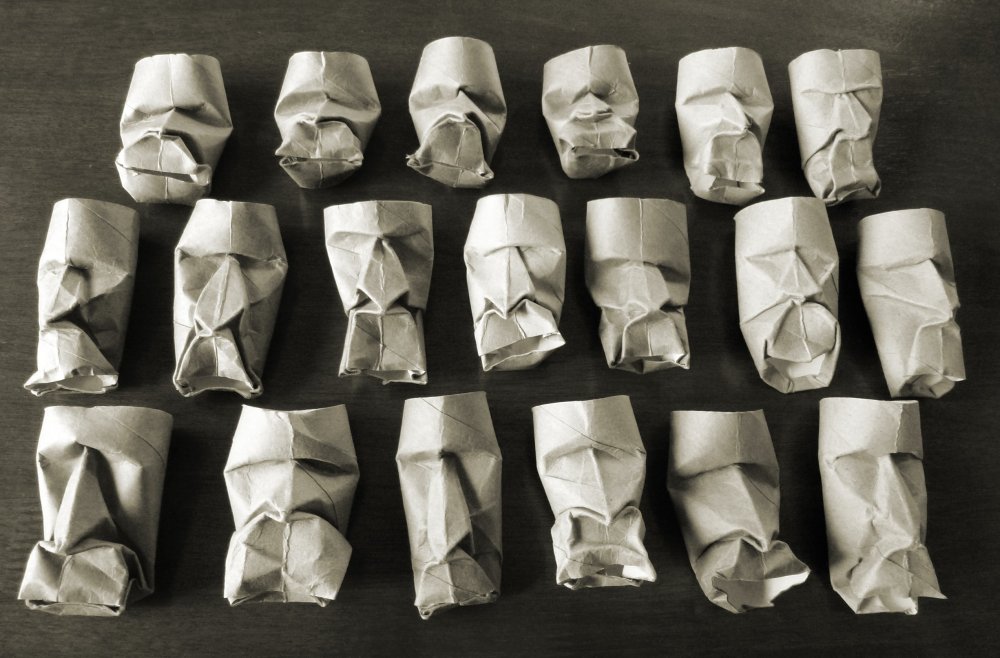 This assemblage is meant to reassure us that we are all able to talk shit, know very little of the “big picture” but argue it anyway. Bars, kitchens ad toilets are full of people who could solve the worlds problems if they were given half the chance. 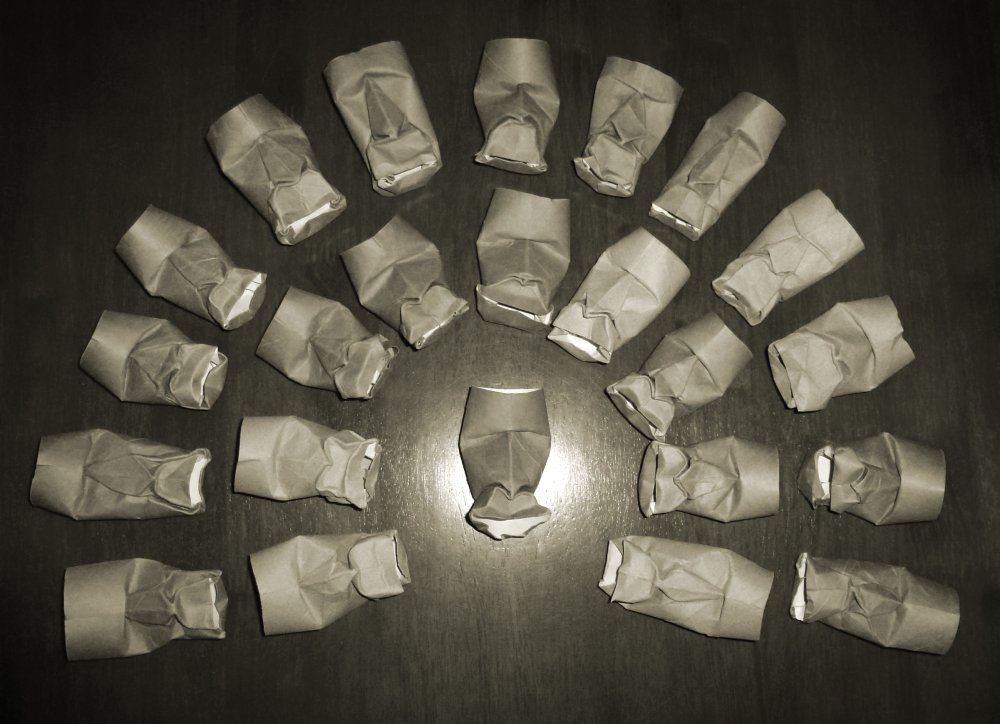 Made from used toilet paper rolls (a quadruple metaphor), it is fascinating how little crease-work is necessary to take a surface and render a face – gaping or grimacing mouth, serious eyes and an empty head. Inspired by the work of Junior Fritz Jacquet, I thought I would work out a way to give toilet rolls some personality.