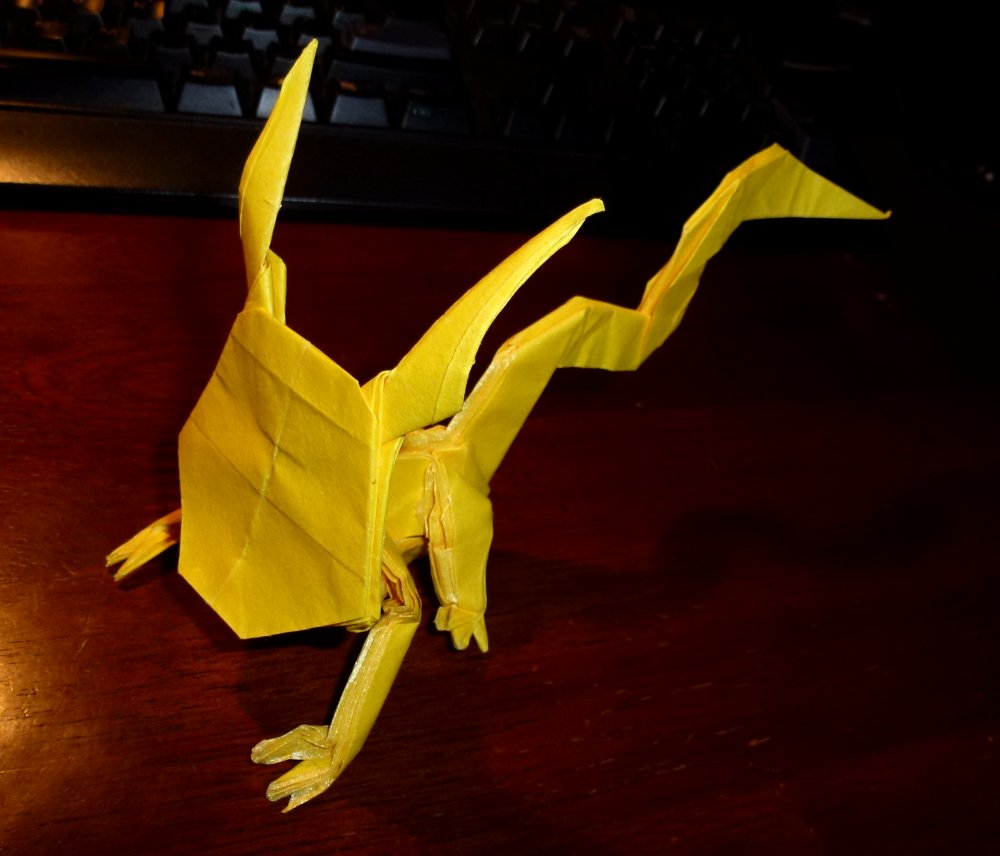 So I have started to fold again, I need to bend paper and finding models I am interested enough to fold seems to be an issue for me at the moment. In the interim, I figure I should continue to tap into pop-culture and fold some more Pokemon. 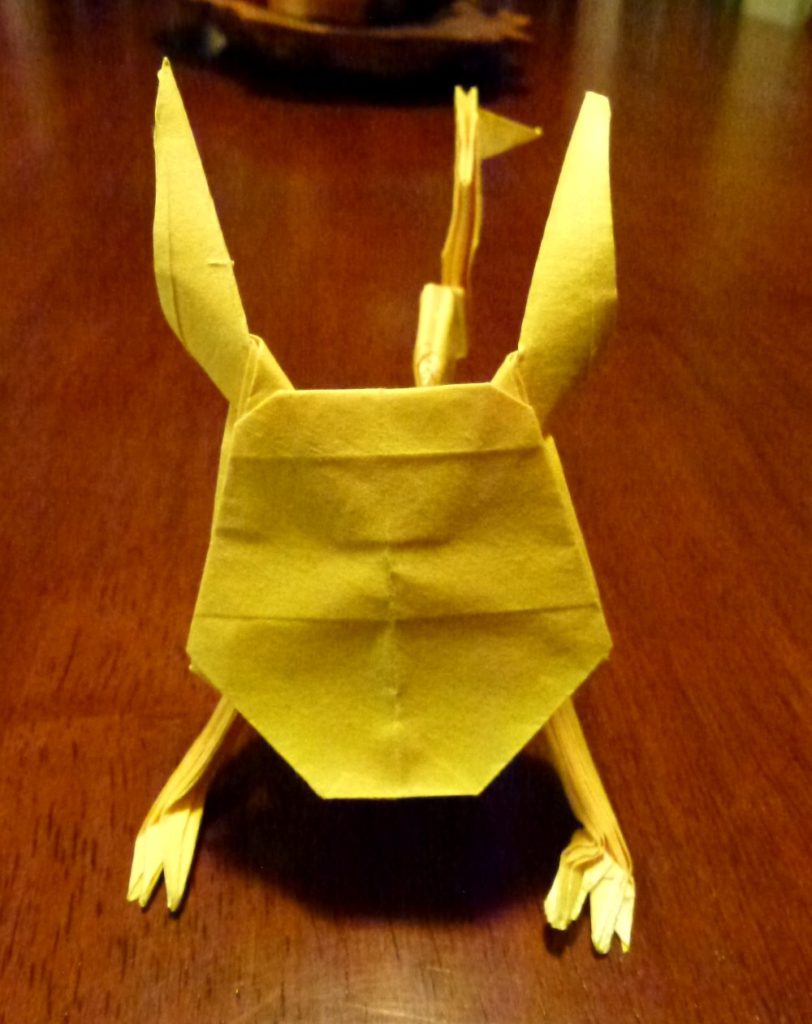 I know little about this universe but know of the passion people who have brand loyalty have, so that they are going out, meeting people, catching them all. 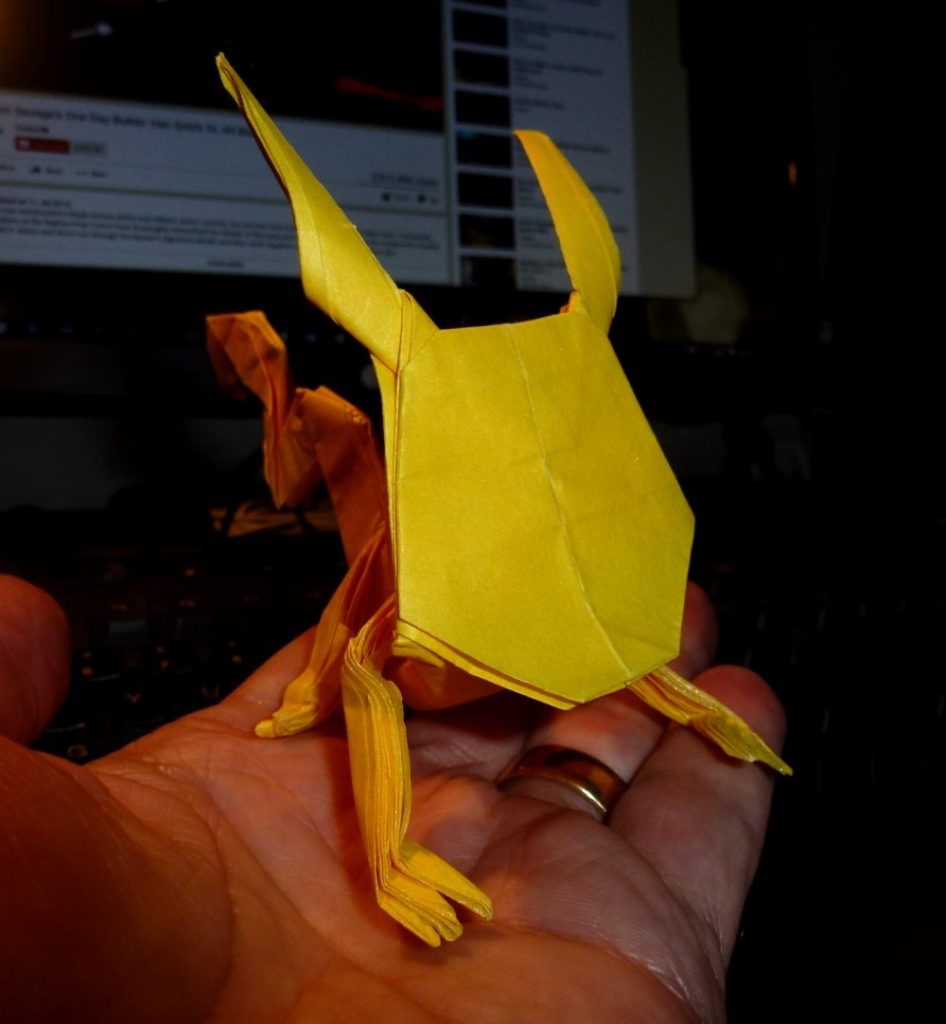 Further, SOME players are now “cheating” (in my mind) by running emulators and pretending to be places they are not – I have mixed feelings about this but it is really none of my business.

I saw a video tutorial by Henry Pham and thought it worth a try, so wrestled with it. I want to thank Henry, but his tutorial is really poorly illustrated in places so I found myself improvising many times. 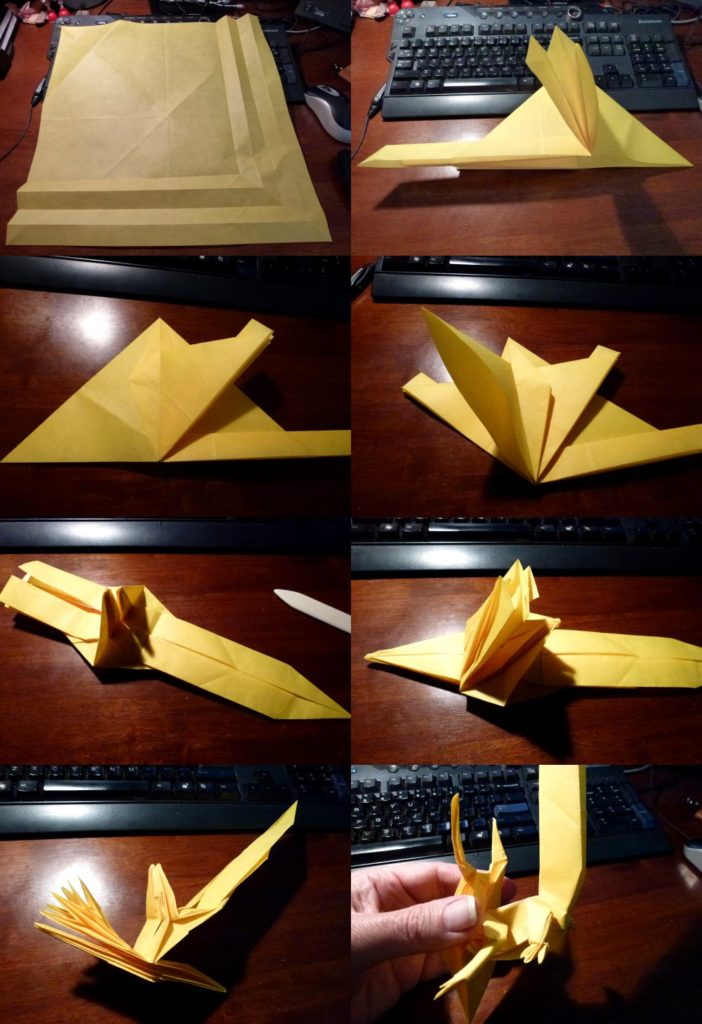 I know I should not complain – free tutorials are just that, most are terrific, but when things get fiddly, most folders need to be able to see what is happening. 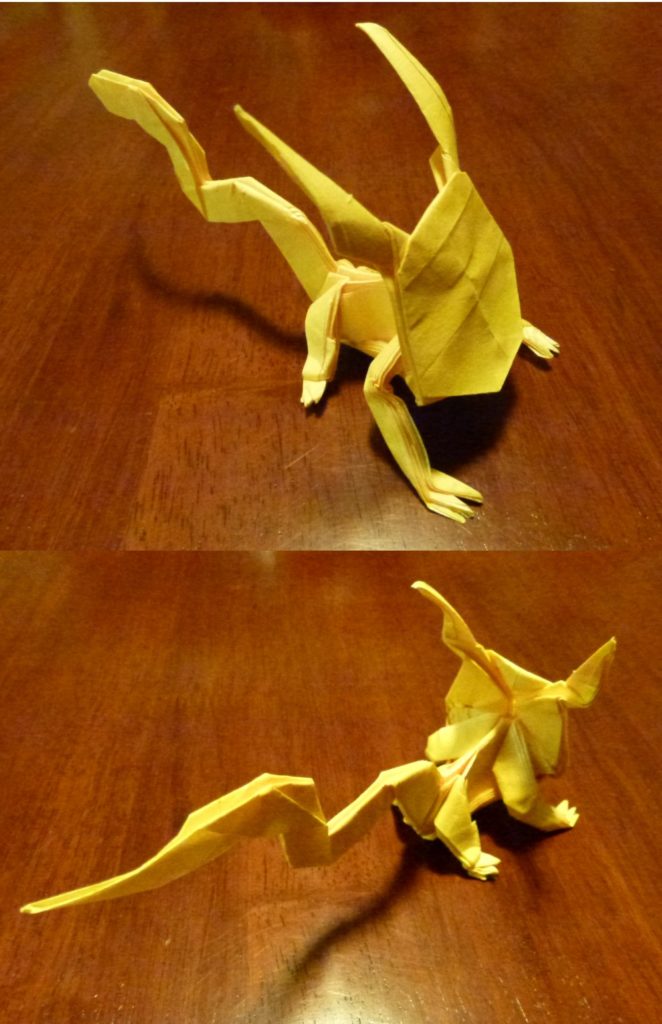 This little model has HUGE potential and, should I fold it again I would re-work certain areas to make better use of the paper. I used a sheet of Nicolas Terry’s “tissue foil”, and it was interesting, not having used it before it was odd to have paper that when you fold it, it stays where you left it. 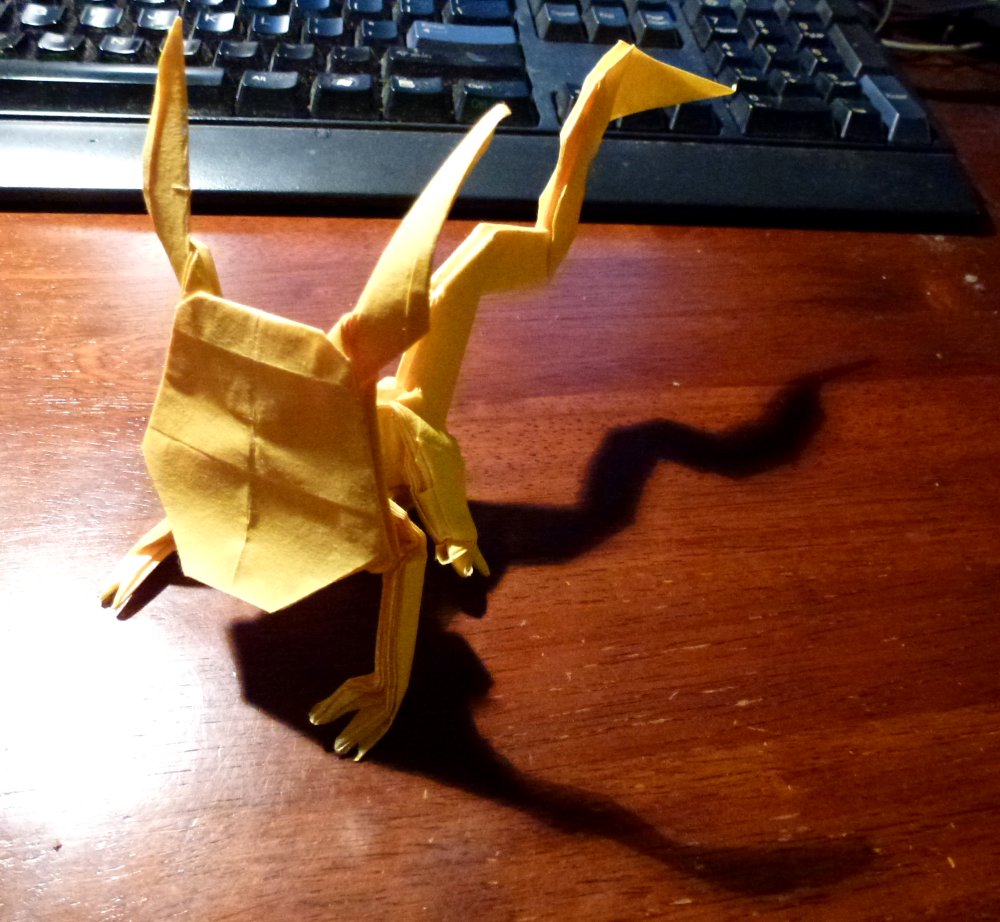 Mostly satisfying, gotta fold ’em all I guess – some of the Pokemon are really dumb, few exist as models I like, I will be more choosey but yeah, another fold – yay.