My top 5 movies of all time includes the Sci-Fi classic “Blade Runner”. A couple of times during the movie, to confirm a character’s opinion of Deckard’s actions, his sidekick “Gaf” left an origami figure: 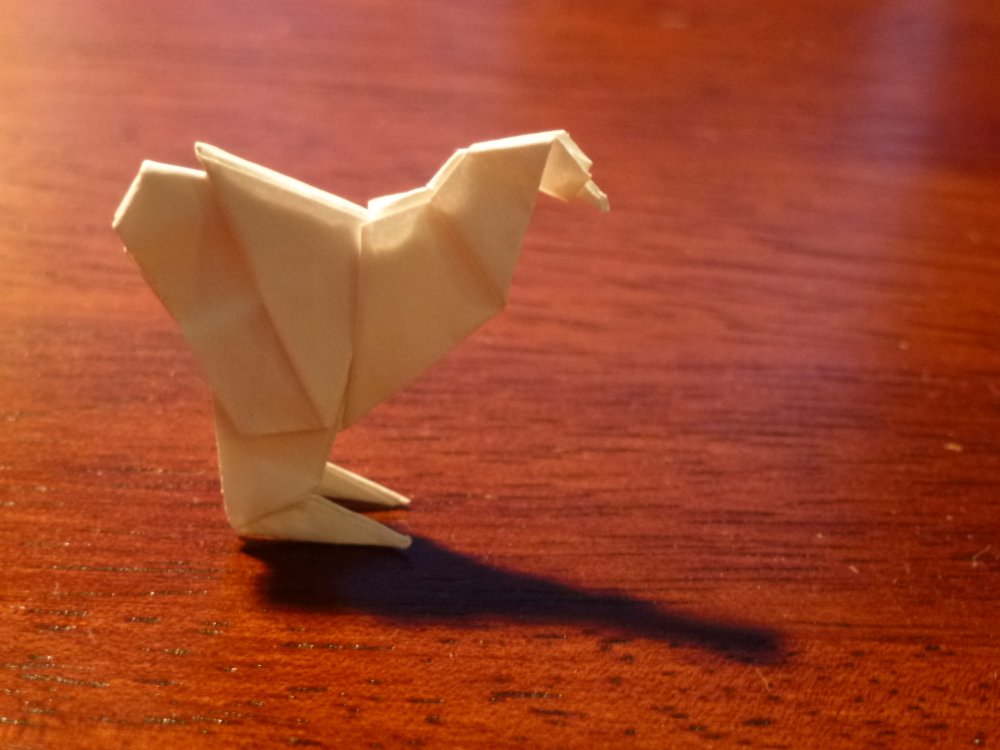 One was actually folded by the actor (Edward James Olmos) – a gum wrapper was fashioned into a Chicken. He said he did this as a way of staying in the scene without pulling focus, apparently the Director, Ridley Scott, noticed it and included it in the scene to counterpoint the main characters reluctance to get himself into danger, which later he does anyway.

The other was a Unicorn (more on that later). 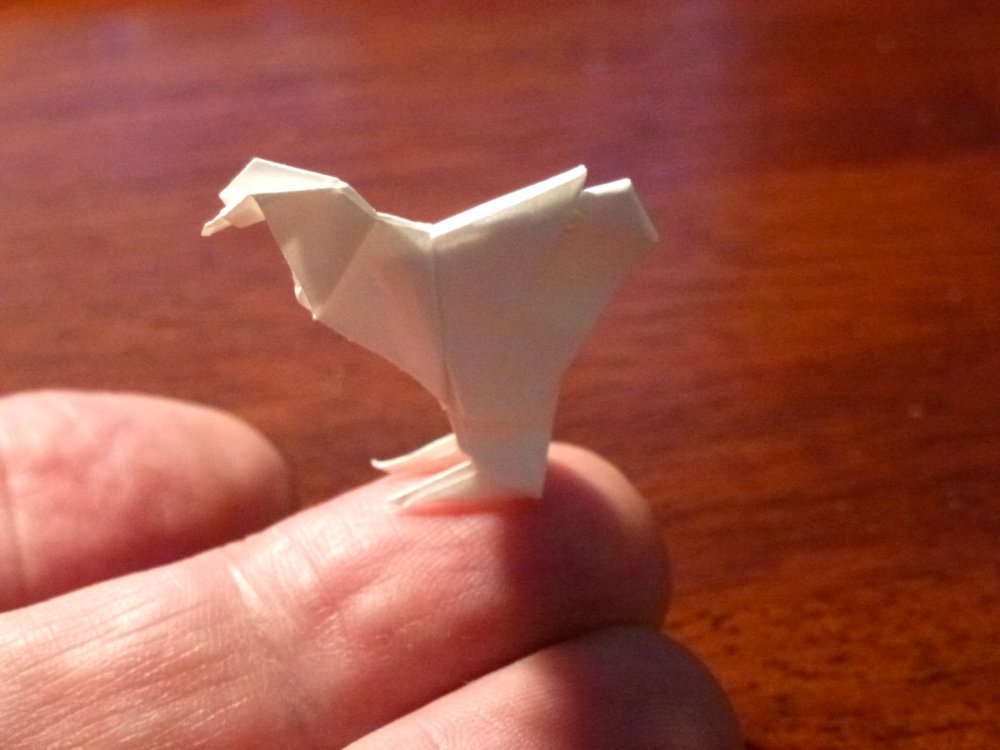 This is a lovely little model – designed to be folded tiny, my model is faithful to the original. You can fold one for yourself, the instructions can be found here.