I have had this model on my “to do” list for ages – I had shied away from it because of what I perceived was a brutal precreasing sequence and impossible collapse: 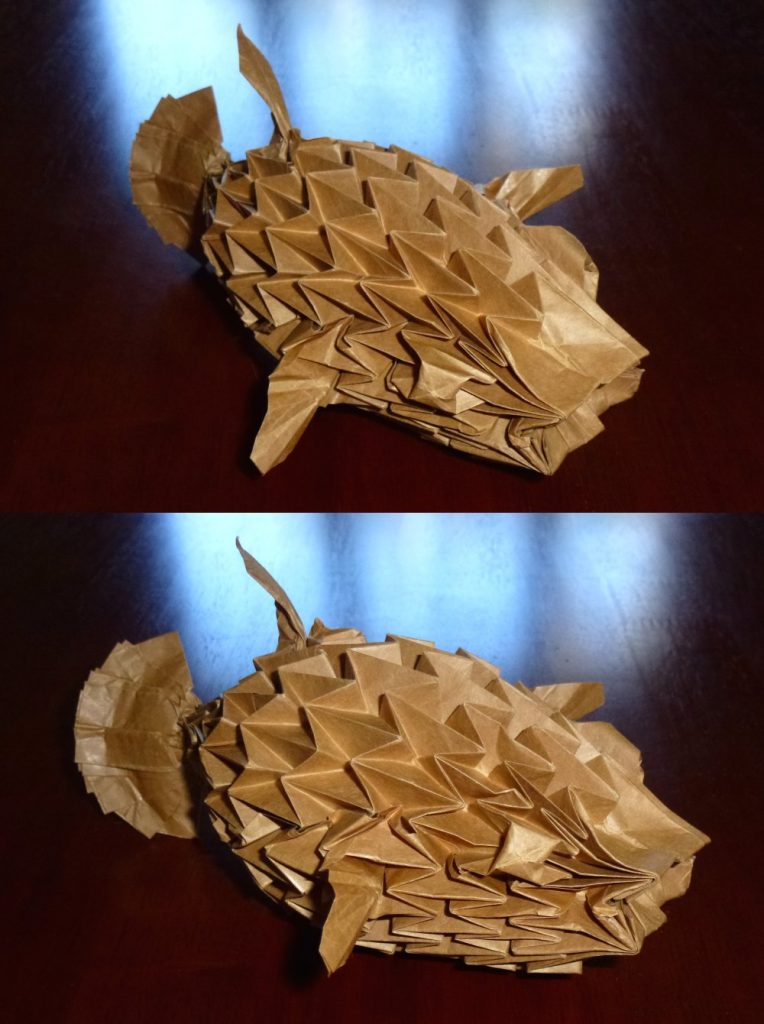 That said, with a little large scale and some accurate pre-forming, the laying of the corrugations was fairly straightforward – all based on halves. Laying crenelations across these were fiddly in low light, and had I realised they would be angle bisecting squares later then I think I could have been more accurate. 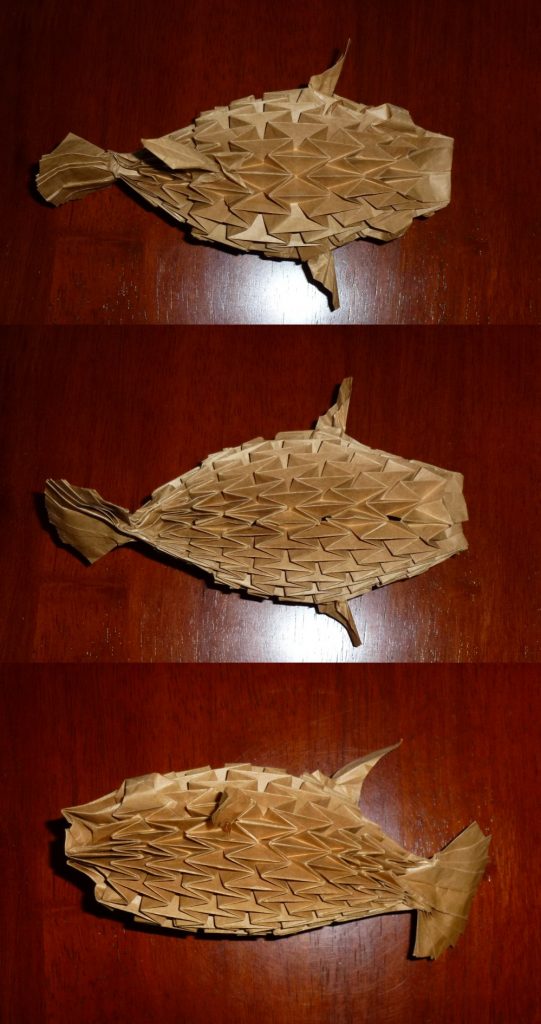 The progressive tessellation along the body length is curious – each time I thought I could predict and fold more than one level at a time (it is time consuming and anything that speeds up the task would be welcome) I realised I had no idea what I was doing, so undid the mess and went back to one stage at a time.

Management of the fins sort of takes care of itself, as they do not really fit with their underlying tessellation bed, they naturally stick up, making modelling of them easy and natural.

The body sort of works itself out – the waterbomb tessellation is not a “flat” tessellation, there is more crenelated paper on one side than the other making the curvature natural. Sealing the model closed is a little cheaty (a line of glue seals the belly line), interlocking a raggety edge of partly tessellated paper.

There is lots to love about this model, including the formation of the eyes and the mouth/tail formation. Like a puffer fish, it inflates and deflates. Fugu I think is considered a delicacy in Japan, raw Fugu will either tickle your tasebuds or kill you due to the inexpertly separated toxic bits. In Australia, we have “toadfish” which are more or less the same thing – it too inflates itself to appear more threatening. 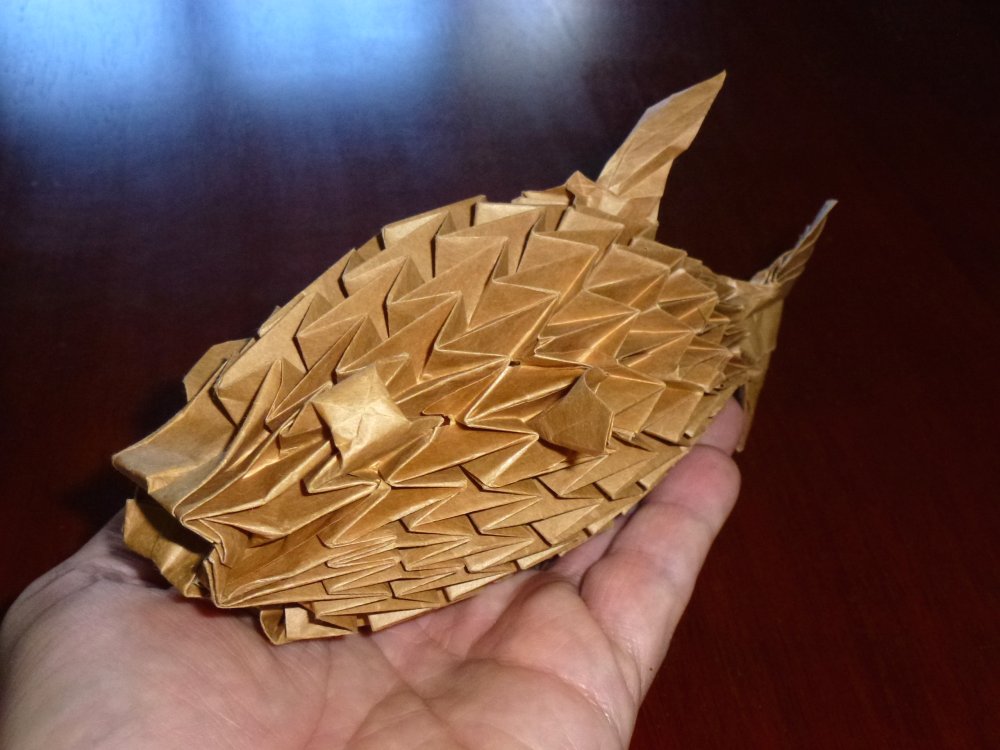 If I were to fold this again, I would use nicer paper, but it needs to be the same colour both sides as the technique of isolating the fins causes a colour reverse.