…so my Wife and I went to see the fourth installment of “Pirates of the Caribbean” (admitting to be fans) and discovered Capt’n Jack’s beloved “Black Pearl” had been imprisoned in a bottle by Blackbeard (amongst other piratical stereotypes trotted out this adventure): 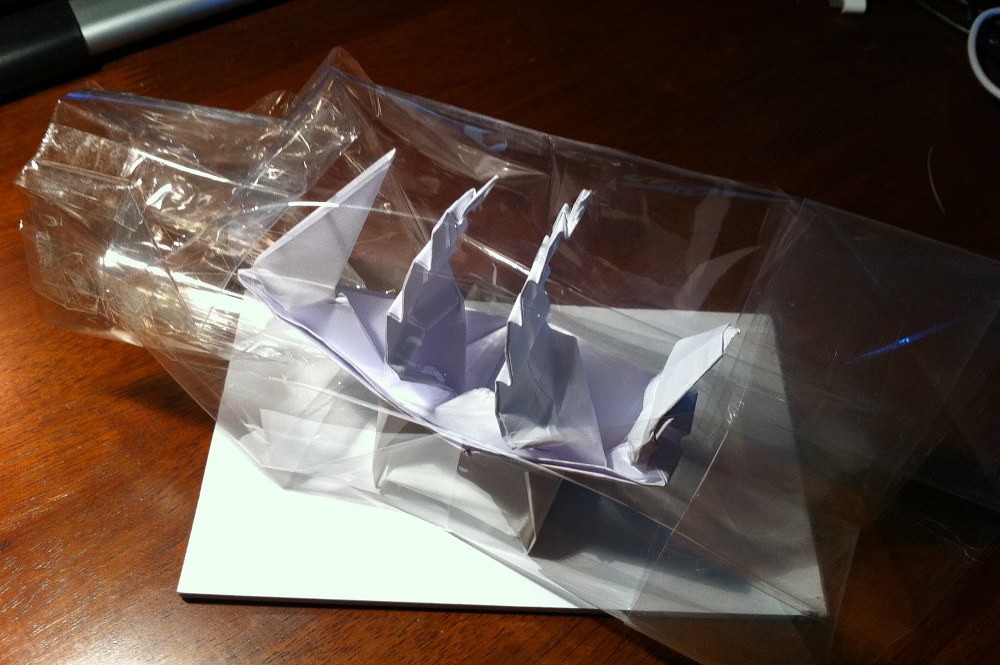 So I got to thinking about ships, and found a lovely “fully rigged ship” by Patricia Crawford, in the book “Origami – Step by Step” 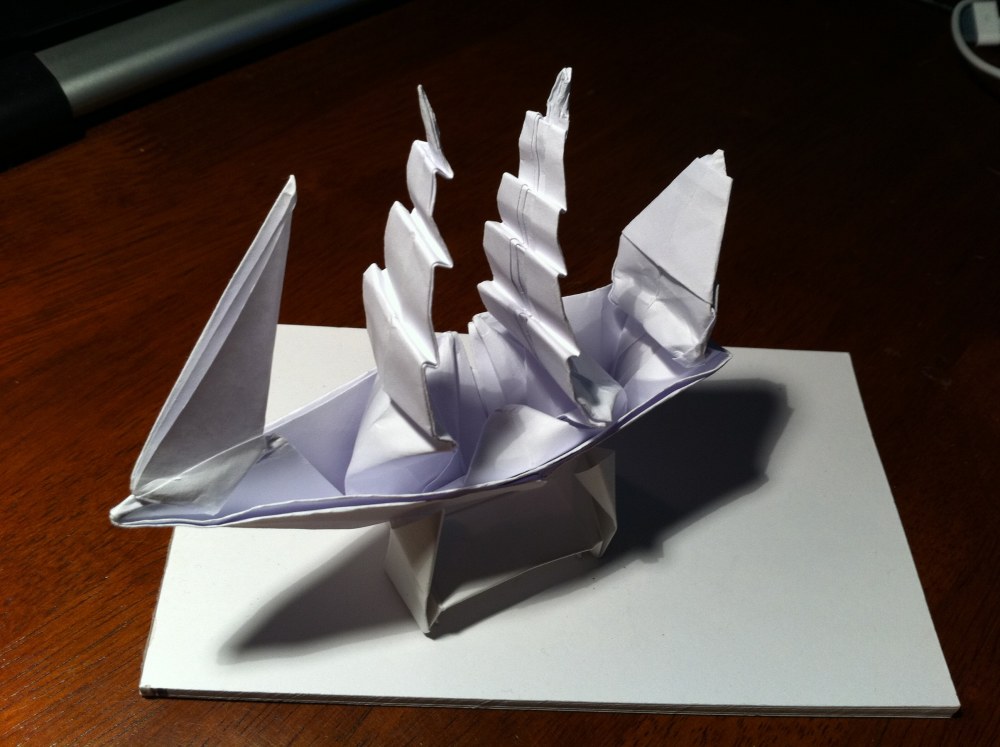 I had previously made a bottle as designed by David Brill so put the two together and got a satisfying rendition of the classic “ship in a bottle”, which counts as my ONE model today, given the bottle has previously been folded, and the ship stand (Designed by Fred Rhom) do not count (cut me a little slack here). 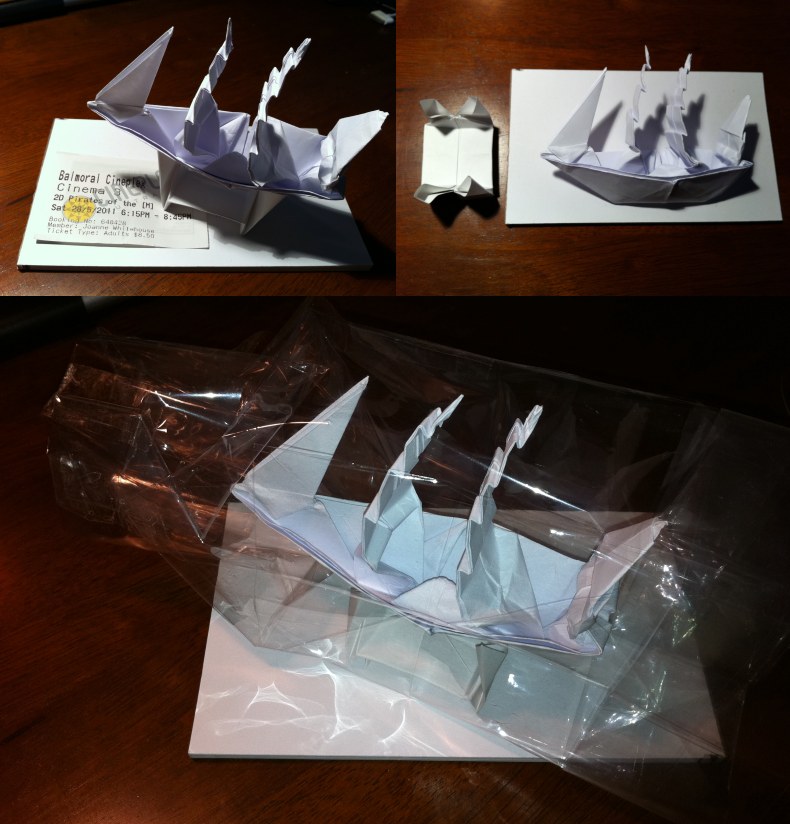 I learned a LOT folding this thing – scale matters (had to scale the bottle to fit the model AFTER it was finished), cellophane (which the bottle is made out of) does NOT like being cut straight nor folded, nor does it intend to ever stay folded (I resorted to anchoring it in place with sticky tape – so sue me) and finally how jolly hard it is to photograph something INSIDE a bottle made of cellophane. 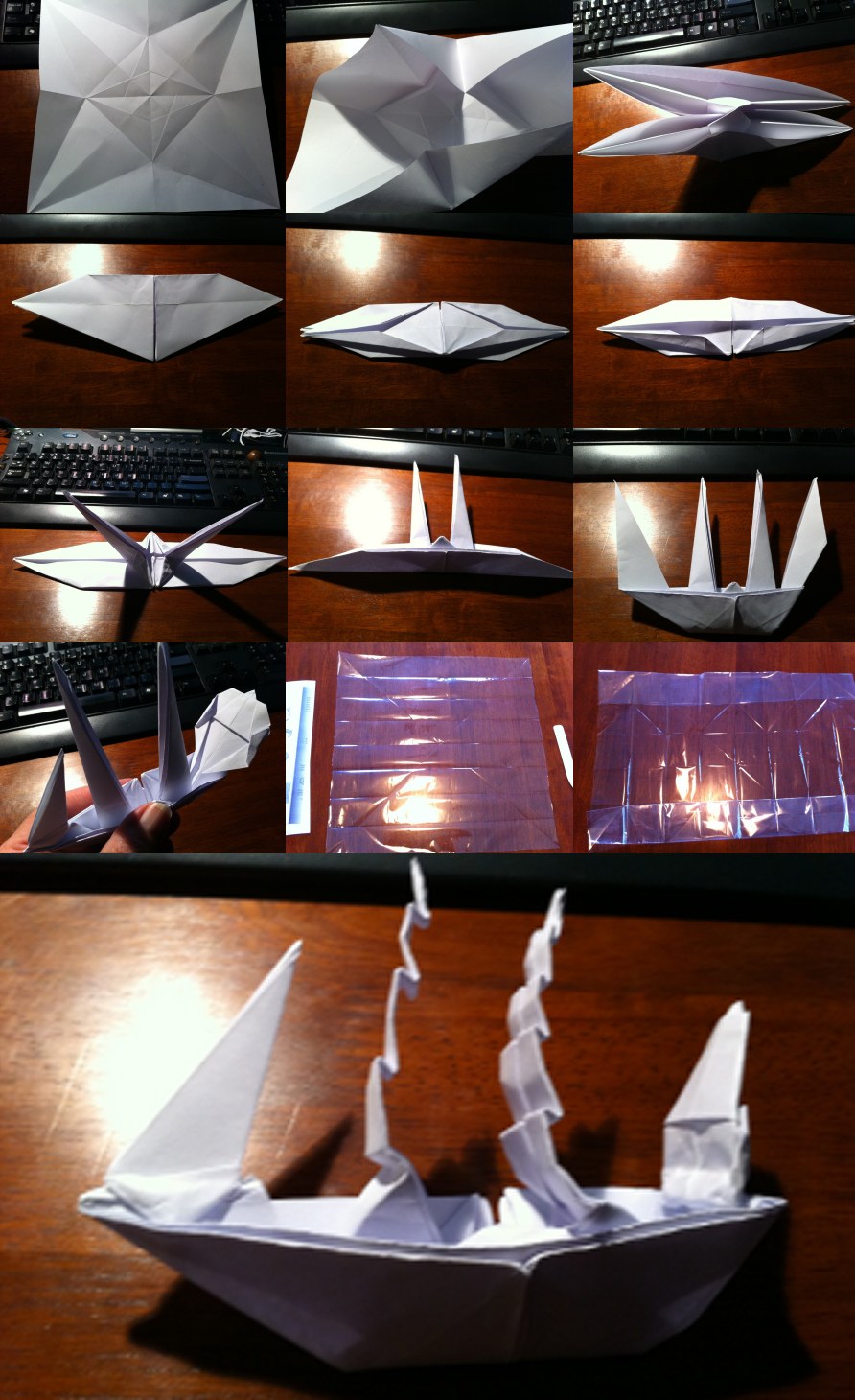 Still, I think the Black Pearl may well survive to sail another day, the scene after the credits (that few of us theater patrons hung around for) would indicate the adventure continues.