Now I am as much a Star Trek fan as the next one, and love a comedy sidekick movie plot device. It was interesting that the Star Wars franchise returned to the tried and true “quirky beeping droid” sidekick in “Force Awakens” and the BB8 droid seems a cute successor to the more limited R2 units (that they decided could fly in later/earlier messes of movies): 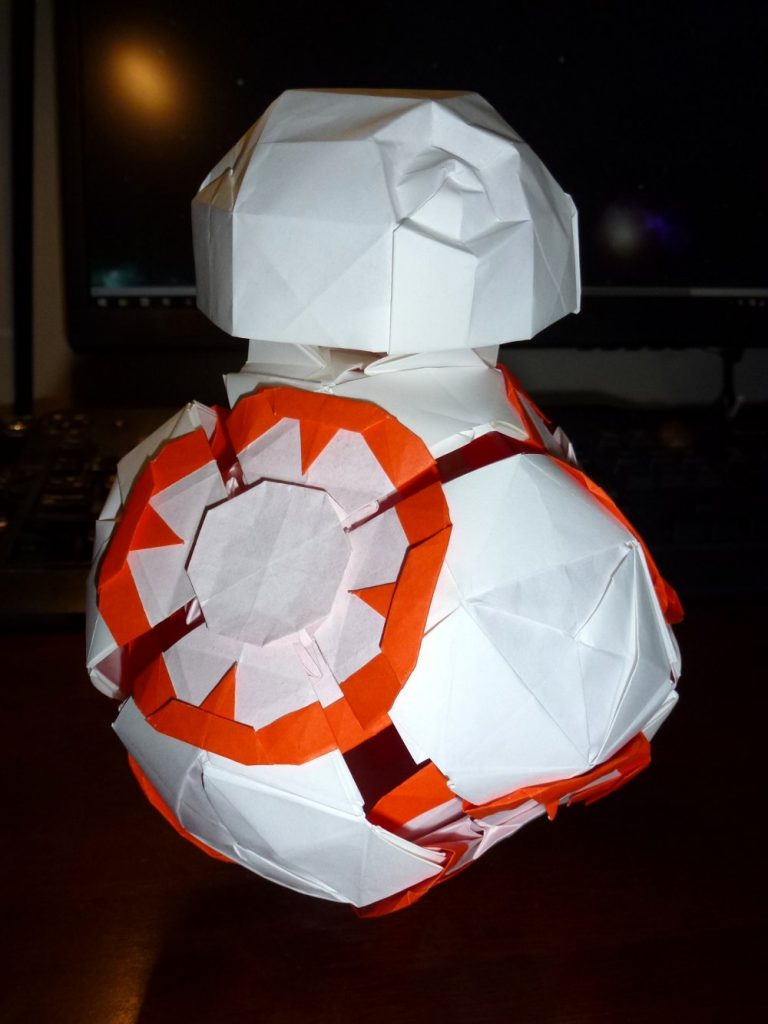 This is Martin Hunt’s Modular BB8 droid model. A torturous fold of many parts.

4 different modules combine to make a roughly spherical ball with a “head” that can be affixed wherever you want, sort of captured the overall morphology of the droid.

Scale and difficulty are issues here – the orange circle units (6 needed) take nearly an hour each to fold, then you lace them together with poorly locking corner units (8 of them, I may still have to glue these as it keeps trying to pull itself apart due to gravity). The head is 2 units – a sculpted dome and a connector. 16 squares of paper all up. 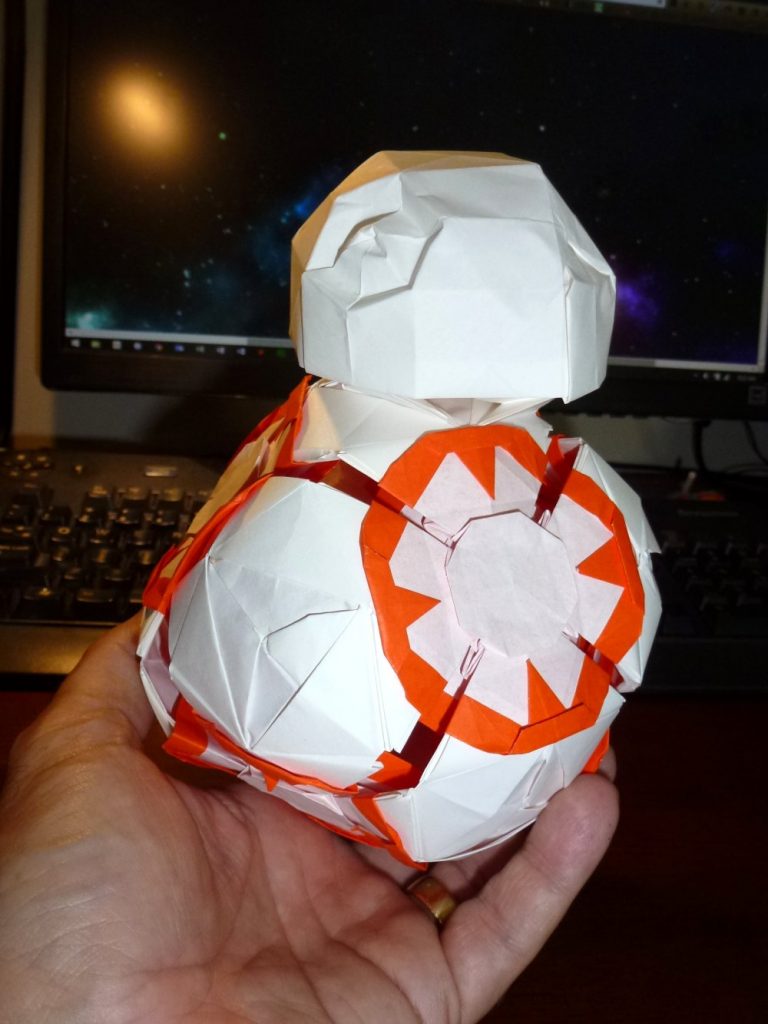 There are gaps in the body between the units, no easy way to avoid that and seemingly part of the design, but still, it is a Star Wars fold, right? You can have a go at it yourself here.

Live long and Prosper, may the farce be with you.